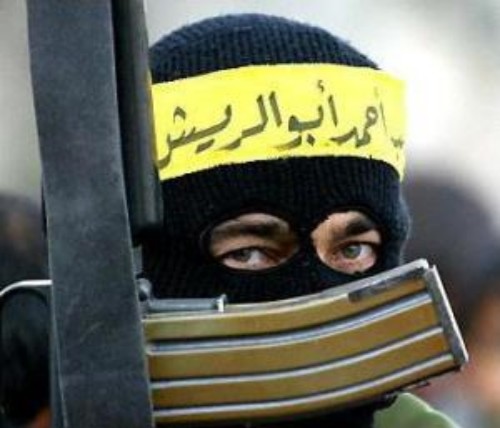 Terrorism has come to the U.S. and as Preppers, I am sure you are aware of it. As Preppers, we have seen this coming for a while now and it is not unexpected.  The question now is what do we do, as Preppers, to prepare to protect ourselves and our families from it? This is the subject of today’s post so sit back and have a cup of coffee with me as we discuss it.

With the attack in San Bernardino, California being the deadliest Terror attack on U.S. soil since the 9-11 attack in New York, It has to be apparent to everyone that this is just the beginning and that our Government will use it as justification to try to take away our guns.  This cannot be allowed to happen, if we want to keep our freedom and preserve our way of life here in the U.S. I can’t say that I didn’t see it coming, but that doesn’t make it any easier to swallow. So as Preppers, what can we do?  Well. first off we need to purchase as many guns and as much ammo as we possibly can.  It is only a matter of time before Obama uses an executive order to block the sales of guns and ammo to the public.  When this happens, I think the 2nd Civil War will break out here in the U.S. and everyone will be forced to choose a side.  Unfortunately, just like in the first Civil war, many families will be divided by their decision on which side to take.  Many of the younger people in the U.S. today don’t hunt and do not value their freedom enough to truly understand what the stakes are.  Our Government will try to use this against them and convince them that getting rid of guns will make things better for everyone.  While we all know that it is not true, the uninformed will flock to the idea by the millions.  They are happy getting free food and money without having to work for it and are so complacent that they will not bother to educate themselves.  It is a very sad situation that we find ourselves in and the Government will do anything they can to keep the uninformed from seeing the truth.

So how do we fight this evil without taking up arms?  I’m not sure we can, but the only thing that I can see short of shooting them when they come for our guns, is to stand on every street corner and try to remind everyone that the problem is not guns, but a corrupt society that has allowed evil to fester and grow.  They will not want to hear this, as they are completely happy with their make-believe world and will not want to admit that something has gone terribly wrong.  I am afraid it would be an exercise in futility.  We must oppose our own Government as they have clearly lost their way and are allowing corrupt and evil men and women to run our country.  Now is the time to put your preparing into high gear and to stop making excuses for not doing all you can to prepare.  The darkness is coming and we must be ready for it when it does.

So how do we protect ourselves from being victims of terrorist attacks?  There are actually several things we can do now to protect ourselves.  Start with situational awareness and constantly be aware of everything that is going on around you at all times.  This includes even when you are home and are just going outside to get some fresh air.  What are the neighbors doing?  Are there any new neighbors in your neighborhood?  If so, are they middle eastern or are they acting suspicious?  The days of going about our lives unconcerned with the world around us are over.  We are no longer safe to go to the corner drug store without watching everything around us and that feeling of being safe in our own neighborhoods is no more.  We need to be constantly watching for terror and do everything we can to avoid it. I would also suggest that you always carry a concealed or open carry gun.  Carry a knife with you that are hidden in case you are ever taken hostage.   I avoid places where there are large gatherings of people, like theaters and sporting events.  As the attack in Paris demonstrated, sports events and music concerts are another place, where you could be targeted by terror as well.  The President of the United States has openly invited terrorist into our country and in many cases is forcing States to take them in and provide for them at the cost of hard-working Americans.  He has become a Traitor to our country and is being helped by the uninformed to destroy it.  I have said it before and I will say it again, I believe he is looking for a way to create so much civil unrest that he can declare Martial Law then try to take our guns and suspend the constitution and remain in power.  Notice that he is not out doing a lot of campaigning for his political party like most Presidents do in their final year?  He isn’t worried about it because never intends to leave office.  All he has to do is declare Martial Law and even the House and Congress will be helpless to stop him.  Civil war is coming and we must be ready when it does.  As Preppers, now is the time to make sure that our house in order and be ready because it could come at any time.  Be prepared and aware of your surroundings at all times and warn your extended family and friends to do the same.

Well, I guess that is it for today and I hope I have helped you be more prepared in some small way, so until next time, stay safe, stay strong and stay prepared!