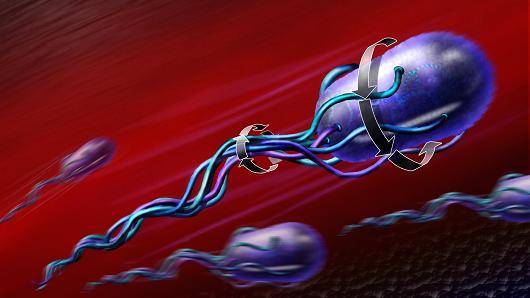 Infections resistant to medicines will kill more people per year than cancer by 2050, and cost the world $100 trillion annually, according to a U.K. government-backed report led by Jim O’Neill, the well-known former Goldman Sachs economist.

The wide-ranging study, called the Review on Antimicrobial Resistance, was commissioned by the U.K. government earlier this year amid growing concerns about drug-resistant “superbugs”, including new strains of E. coli, malaria and tuberculosis.

Its forecasts, based on research by RAND Europe and KPMG, suggest that drug resistance, which is estimated to have caused around 700,000 deaths globally this year, will cause 10 million by 2050 if further action is not taken.

Antibiotic use is rising around the world, while at the same time the number of new antibiotics is falling. If these medicines become ineffectual, there could be a huge economic ramifications, as people of working age are affected, and once treatable diseases become incurable again.

New antibiotics take time and money to develop, and by their nature are less effective the more they are used. As such, many pharmaceutical companies have slowed development of these kinds of drugs.

“There can be no doubt now that antimicrobial resistance is one of the biggest (risks) that we, all of us, face,” Nick Stern, president of the British Academy, professor of economics and government at the London School of Economics, and former chief economist of the World Bank, said in a statement.

“The work of the group led by Jim O’Neill is of profound importance and this paper shows very convincingly the great scale of the risks, in terms of human lives and the economy, that are posed by this deeply worrying phenomenon.”

Antibiotics are routinely used as part of many medical treatments, like hip replacements, Caesarean sections and chemotherapy – and these could become more dangerous if antibiotics lose their effectiveness.

O’Neill, who is best known for coming up with the acronym BRIC (Brazil, Russia, India and China) to describe the rapidly emerging economies, warned that the developing world would be hardest hit by growth in drug resistance. Countries in particular danger are likely to include India, Nigeria and Indonesia (from malaria), and Russia (from tuberculosis).

David Cameron, the U.K.’s Prime Minister, has warned of a new “dark ages of medicine” if the problem is not tackled.