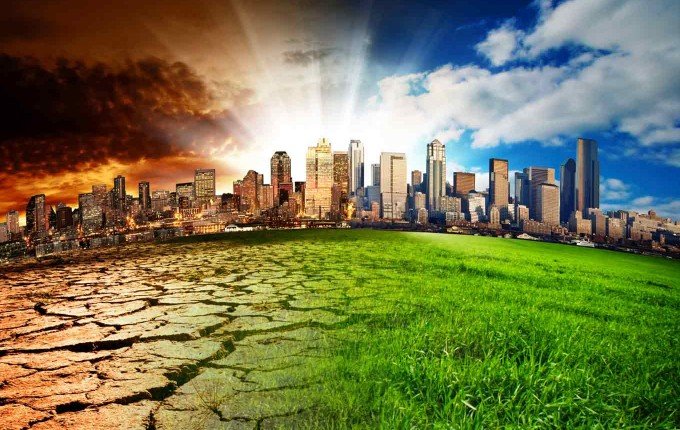 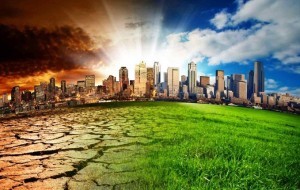 For Richard Duarte, surviving the end-of-the-world-as-you-know-it isn’t just a possibility; he’s lived it. In 1992, he and his family fled their home in South Florida with only the clothes on their back, after Hurricane Andrew swept through and destroyed their house. Half an hour after the storm passed, and long before rescue or cleanup teams arrived, looters entered his neighborhood.

“Your whole world is turned upside down,” says Duarte, an attorney and author of two survival books, including his newest one. “Living in Florida, I knew Andrew wouldn’t be the last disaster, so I’ve done a lot of research since to find out what the average person can do.”

When you think “Doomsday preppers,” you may think of survivalists building underground bunkers, stocking up on a several years’ worth of food, or arming themselves against marauding mobs. And some certainly are doing that. But “prepping” takes a variety of forms and being prepared for a worst-case scenario isn’t as out there as it may seem to some. Whether it’s a natural disaster, terrorist attack, or pandemic — or the loss of a job, or the death or disability of the family breadwinner — you aren’t likely to regret time spent on basic preparation.

“Legal and financial preparations are probably the most neglected,” says Duarte, a Miami-based attorney. “People are busy with their lives they’ve got a million things going on,” he says, and essential tasks are often neglected. He explains that every crisis or disaster is also followed by a rebuilding and reconstruction phase. “If you go through an event like I did where the house is blown away, you won’t have the access to those documents,” he says.

Organize your documents into three categories:

Crucial, for example, would include your will, power of attorney and the title to your home or car, for example. Start there and make copies. It’s also a good idea to back those up digitally, either on a removable hard drive or flash drive. Then make sure the originals are stored in a separate, safe place, such as a safe deposit box.

Duarte has also been a victim of identity theft — it took him a year to straighten out — so he’s especially conscious of the need for being organized financially. He also advocates the use of strong passwords to help reduce the risk of ID theft.

Keeping some cash on hand can be helpful. “One of the biggest vulnerabilities we have as a society is that everything is electric,” he says. “There are very few things that will work if there is a widespread power outage in a large metropolitan area.” ATMs can go down, and store clerks won’t be able to run credit cards. So he recommends keeping some small bills in your purse or wallet in case you need to catch a cab or put gas in the car, for example, and keep some cash at home.

Many preppers recommend stockpiling gold or silver in case of an economic collapse where currency loses its value. Duarte doesn’t have a problem with owning these precious metals as a way to diversify an investment portfolio, but he is skeptical about their usefulness in day-to-day transactions after a disaster. “Folks can’t eat gold and silver,” he says.

Food and water are essential to survival, so having enough on hand to survive a Katrina-like event is wise. The core survival elements, Duarte says, are “food, water, first aid, shelter, self-protection, temperature regulation and sanitation/hygiene and knowing when to stay put and when to get out.” Store at least one month’s worth of emergency supplies if you can, but if you can’t, start with a smaller amount and work your way up. For example, on his blog he recommends spending an additional $10 a week on groceries that store well, and then rotating unused items into the menu periodically so they don’t expire and go to waste. A first aid kit is also a must-have. And you’ll need to think about how you’ll protect yourself in dangerous situations.

Skills can be more valuable than “stuff” in the event of a disaster, Duarte believes. He explains:

One example is water purification/disinfection. After a disaster it’s not uncommon for water to be contaminated and/or unsafe to drink unless it’s treated. If you purchase a water filter (stuff) and throw it in a closet, you take the risk that the filter may not work, may be damaged or may just plain fail when you need it most. On the other hand there are at least half a dozen ways to disinfect suspect water (skills) if you know how — heat (boiling), chemicals (chlorine bleach, iodine) solar radiation (SODIS), ultraviolet light (UV), etc.  With skills you always have other options, even if the “stuff” fails or you have no “stuff.”

Another example is first aid and medical. It’s very important to have first aid supplies but it’s even more important to know the proper way to treat a sick or injured person. All the supplies in the world will be of little use if you don’t know how to use them. If you have the skills you can always improvise. Of course it will always be better to have both skills and stuff.

“Some people will prepare for extreme events yet they won’t prepare for a house fire, or a loss of a job,” he says. “Start with the basics. Start small.”