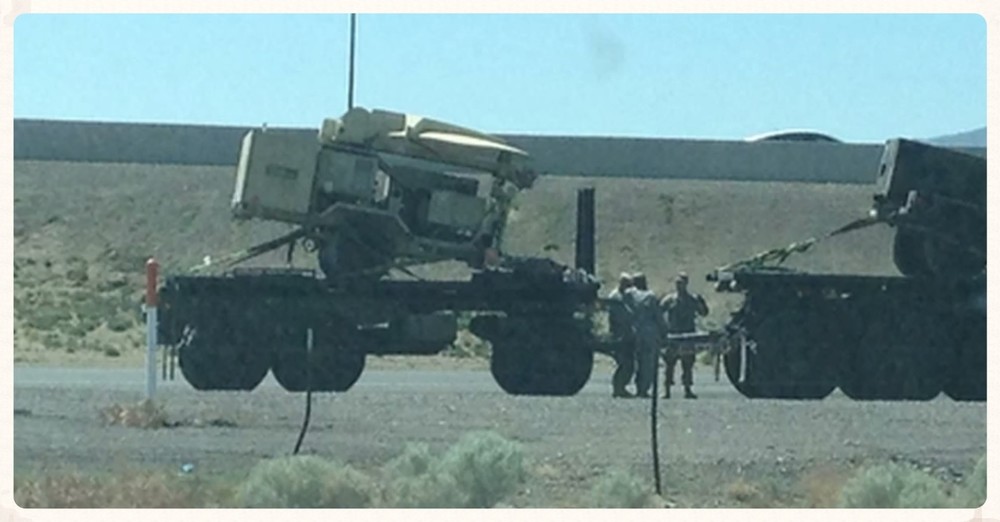 Is our own government preparing for massive civil unrest or civil war?  Our own government is about the launch the largest domestic training exercise in US history and they don’t have conventional weapons that they use overseas.  They are transporting crowd control devices.  They appear to be preparing.  Are you prepared?

What are Microwave Cannons?

Rumors are surfacing and becoming substantiated about a massive military preparedness drill and it is not Jade Helm as the Pentagon claims. According to the U.S. Army website, Jade Helm is a multi-state training exercise  for over seas mission preparedness, taking place July 15 through Sept. 15 with members of U.S. Army Special Operations Command and service members from the military’s four branches. While the exercise is taking place across seven states, the Special Operations Forces are only training in five states: Texas, Arizona, New Mexico, Utah and Colorado.  Under the cover of Jade Helm some believe another un-publicized training exercise is being conducted.  These covert drills are known as Operation Red Flag.  Operation Red Flag is possibly a civilian suppression drill running at the same time and under the guise of Jade Helm which could be preparation for civil unrest or even civil war.

The photo to the right of Microwave Cannons or “Military Active Denial System” were being transported through Reno Nevada on May 12th, 2015.  The pentagon had to go public in Texas as a build up of the Jade  Helm 15 exercise begins to prepare for this summer’s training.  They claim these training exercises are in preparation for over seas missions, but this begs the question.  Why are they transporting crowd control devices like the Microwave Cannons.

1 thought on “Is our Government Preparing for Civil Unrest with Microwave Cannons?”