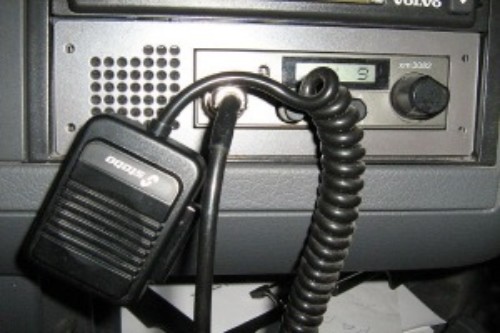 What is the lowest common denominator of our civilization, or any civilization for that matter? By that I mean, what is the one thing no society can go without? Is it water and sanitation? Fuel and transportation? Food and electricity?

I would argue that absolutely nothing we have is possible without our ability to communicate. A society’s sophistication is directly proportional to the ability of its citizens to communicate with each other. Members of a primitive, nomadic society may only be able to speak to each other in person, whereas an advanced industrial society has telephones, radios, and the internet. And don’t think for a moment that high tech societies create these devices. On the contrary, these devices create high tech societies.

So we should ask ourselves what the most useful forms of communication would be, should the grid ever go down permanently; not only to keep in touch with other survivors, but to help rebuild society after the cataclysm has passed. Without some of these critical tools, we’re only prepping to survive, not to thrive.

At first glace, there is little potential for these devices when the grid goes down. Without the multitude of servers that are scattered around the globe and the electricity that feeds them, our computers are nothing more than bulky hard drives. Cell phones might still work for a little while since some cell towers have backup batteries and solar panels, but their usefulness might be short lived.

However, don’t be too quick to scoff at the prepping potential of these devices. Computers might still be useful for communicating in some cases. It’s fairly easy to create a local WiFi network (aka ad hoc network) between computers that are within range of each other. This would allow people living on the same street or in the same apartment building to talk to each other, provided they can generate their own electricity.

The better solution would be to create a local network with cell phones that isn’t reliant on any infrastructure. Their energy demands are far less than other computers, their range is longer than WiFi, and they are of course, mobile. The technology for creating peer to peer networks between cell phones has existed for some time now, but unfortunately it has yet to be sold to the public. Companies like Terranet have been perfecting it over the past few years, and they estimate that about 30% of cell phones will be capable of making these networks with a simple software change. So right now, cell phones will be pretty much useless when the grid goes down, but that may change before the end of the decade.

When most preppers think of communications, ham radios usually come to mind, and for good reason. They can communicate to other radios over hundreds of miles, and they may be the only form of very long distance communication when all else fails. Unfortunately, they wouldn’t be very useful for the average person.

They use a lot of electricity, the equipment can be pretty expensive, and only about 700,000 Americans are licensed operators. Still, if even a fraction of them are up and running after a major disaster, they will play a crucial role in the relief effort. Due to their limited numbers and the amount of resources that are required to keep them running, you won’t see them being used for casual conversation, but you will see them used by communities for conducting commerce and coordinating reconstruction efforts.

I suspect that CB Radio’s and Walkie Talkies will be the main form of communication for the average person, and they are the best candidates for filling the gap that cell phones and internet providers would leave behind. If anything, CB radios were our parents version of the internet. They were affordable and accessible, you had to learn the lingo to use them, they allowed you to communicate anonymously, and much like the internet, they were used to skirt the law from time to time.

There are millions of CB radios lying around, and many of them are still being used by truckers today, so they will be available to many of the survivors. More importantly, they don’t use too much electricity, they’re more user friendly than ham radios, and some of them are portable. Depending on the conditions you’re using them in, their range can extend anywhere from 1 to 25 miles.

As for walkie talkies, I don’t have to tell you how useful they could be. Much like the WiFi network I spoke of earlier, these will be pretty handy for staying in touch with your neighbors. Together, CB radios and walkie talkies will be most common form communication after a disaster.

If the grid is down long enough, eventually some enterprising citizens would start to provide courier services. Whether it’s by foot or by bicycle, they will fill an important niche that other items on this list can’t provide, and that is a secure form of communication. If you had to send a message to someone who lives out of the range of your radio or WiFi network, and you needed that message to remain a secret, writing that message down and sending someone out to deliver it by hand would be the only way to do it. WiFi just doesn’t have the range, and radios are too easy to listen in on.

So how do you plan on keeping in touch with your friends and relatives after a cataclysmic event? Are their any other methods or technologies that should have been included in this list?