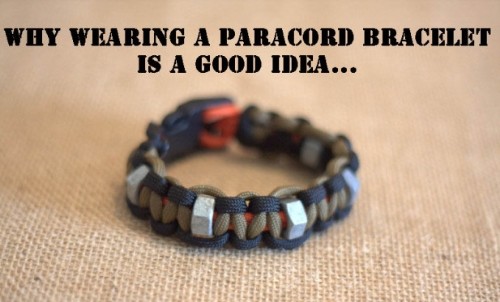 These days, you can find them (or the materials to make them) just about everywhere.

But besides being an outdoor fashion statement, are they really good for anything?

Well…yes…yes they are. Here is why:

As for the number of ways for which paracord could be used?

Well…I could list many for you, but in reality, it is impossible to list them all. I could easily list 100 uses right here…and it would still not be enough to cover it. The fact is, cordage and string have just so many basic uses for emergency preparedness and survival. Here are some random examples in various categories of preparedness: These are just a few of the many uses for paracord. Honestly, because there are so many scenarios when cordage or string could be employed, that I could not possibly attempt to list them all. When it comes down to it, there really isn’t a reason why you should not have any paracord on hand. This is especially true when you could wear something as simple, light, and small as a paracord bracelet.

And that’s precisely why wearing a paracord bracelet is a good idea.