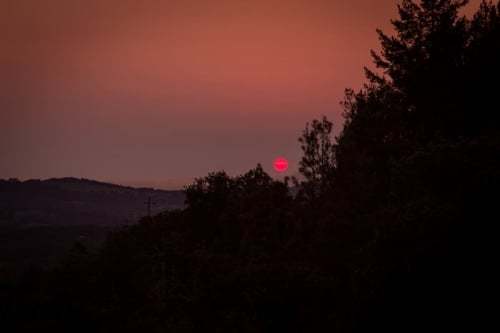 You Should Be Worrying About This Invisible Natural Disaster Solar storm? I can hear your skepticism from here, but these sun burps are no joke. Extreme space weather poses a major threat to modern society. We narrowly dodged a particularly strong solar storm a couple years ago and—had it hit Earth—we would have spent a decade recovering.

Unlike many natural disasters, solar storms are practically invisible. The sun releases a series of solar flares—or magnetized coronal mass ejections—from its surface and hurls them towards Earth. Though invisible, these high-speed gas clouds of charged particles have the power to take out our entire telecommunication grid—power lines, cell phones, radar, and GPS. Take a moment to consider everything else that would be impacted by this: airplane flights would get rerouted, oil drill heads would go haywire, and major energy transformers would be fried. Total chaos would ensue.

Solar storms attack our technological Achilles tendon, and that’s scary. Governments could collapse, economies plunge—we could be sent back into the Dark Ages. Yet, few people consider solar storms when preparing their families for natural disasters.

“It’s like with earthquakes—it is hard to impress upon people the importance of preparing unless you suffer a magnitude 9 earthquake,” Janet Luhmann, of the STEREO (Solar Terrestrial Observatory) team, told Forbes last year. And, though we have been in the sun’s line of fire a few times over the past century, none of the aforementioned events were powerful enough to cause major damage—a 9-hour blackout in eastern Canada, a short-circuited radio, and some GPS disruptions.

If we were to get hit with flares like the 1859 Carrington Event—the biggest solar superstorm on record—it would be lights out. Literally. A recent study predicted that such an event would cost the world $2.6 trillion to recover from, which is 20 times more than the costs of Hurricane Katrina.

We might have an estimated dollar value for the damages, but it’s difficult to say how a solar superstorm would impact the day-to-day life of western civilization. Like a bad snow day, workplaces, schools, and services would cease to operate, but we can’t predict for how long and to what degree. You can be sure that there will be a bunker-down period—are you ready to hole up in your house for a week?

To avoid lengthy food lineups and crowded, cash-only grocery stores, you should have one week’s worth of food and water for your entire family.

MREs (or Meals, Ready to Eat) are the perfect emergency food because they store easily and have a five-year shelf life. Even though MREs are pre-cooked, each meal contains a flameless ration heater that activates with 30mL of any type of water. You can have a hot meal any time, any where, without using up valuable resources like fuel to boil water.

We recommend the consumption of two MREs per adult per day, or roughly 2,400 calories. A family of four would have more than enough food for a week with five cases of three-course MREs and 30 gallons of water.