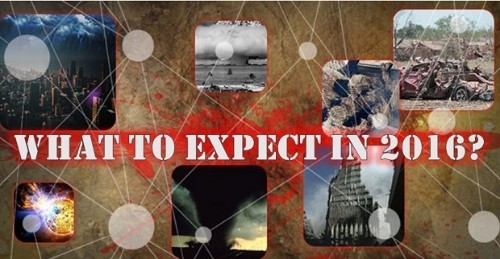 This year has been an interesting one, to say the least. While I can’t say that I like much of what has happened since January, there has been little time for boredom this year. Between terrorist attacks and the Black Lives Matter movement, there has been enough unrest and violence to keep anyone awake. Nor does it look like any of that is likely to end.

Regardless of the numbers coming out of Washington, the nation is not doing better. We all know that the government is cooking the books, putting out false data. But the reality and the numbers don’t match. Unemployment is higher than ever, as indicated by the workforce participation rate, and prices are going up all over, defying the “official” inflation rate.

There is little chance that things are going to get better during Obama’s last year in office. He is studiously ignoring reality, so he doesn’t even understand how things really are.

Like the academian that he pretends to be, all he sees is his theories, then he commands the government to make the data match what he sees. Someone operating like that can’t turn things around for the better, even if they had some idea of what to do.

So, the next year is going to be a hard one. We can expect many things to happen. Unfortunately, they will not be things for the better. We’re going to have to wait for a conservative president to get into office, for things to truly turn around. The question is, will we get one?

As I look down the road before us, these are the things I see happening. These aren’t prophecies, as I’m not a seventh son, born under a seventh son. Nor do I have a crystal ball to use. But I can look at what’s going on in the world and see trends. All I can give you is where I see those trends going.

ISIS has made it clear that they intend to take the war to us. The recent attack in San Bernardino was the opening salvo of their war on our soil. We can expect more to follow, as they try to wear us down and force us to submit to their will.

There is no way that ISIS can beat the United States in a conventional war, that’s why they are forced to resort to terrorism. Their goal isn’t to destroy our military might, but simply to sew enough fear and discord in our society, that we capitulate to them. That way, they’ll end up with what they want, rule over the world.

Of course, there’s a major miscalculation in that strategy. While I’m sure that liberals would be quick to surrender, thinking that they were doing the noble thing, conservatives won’t. If things get to that point, we’re going to see warfare in our streets. While there are many who might think that to be good, we have to remember that our government will side with the Muslims, as long as Obama is in office.

I firmly believe that the racial tension which we are experiencing in our country today has been intentionally manufactured by Obama in an effort to bring about racial civil war. If he truly cared about Blacks, there would be no way that he would be allowing the things to happen which are happening. Racial civil war would be disastrous for the Black community, as they are so greatly outnumbered by Whites who own guns.

Every opportunity, Obama and his surrogate, Sharpton, push the race buttons, creating anger and lawlessness. Then, his Department of Justice refuses to prosecute, instead looking for excuses to bring hate crime charges against those who say or do anything against Muslims or Blacks.

Obama has already given himself the right to declare martial law at any time he so chooses. He could use racial civil war or terrorism as a legitimate excuse to do that, consolidating power in his hands and turning the United States into a dictatorship. I would not be surprised to learn that the whole reason he has been pushing the racial unrest rhetoric is for this very reason.

We’ve already seen how Obama intends to spend the rest of his reign, ignoring Congress and pushing his pet issues. The GOP led Congress can’t do anything, because they can’t get a supermajority to override his veto. As long as he has that, he will get his way.

Of course, Harry Reid is telling Congress that they need to cooperate with the Democrat minority. This is no different than the message he’s been pushing ever since Obama got into office. As far as the Democrat leadership is concerned, there’s only one opinion, theirs. Obama dictates it and they accept it. The problem, in their eyes, is that there are Republicans who won’t obey their marching orders.

Obama’s Bid for a Third Term

Obama has already hinted at wanting to serve a third term, citing his excellent track record as a president. He’s so delusional that he thinks he is the best president this country has ever had. Of course, when you’re getting to dictate statistics and your minions cook the books to match them, it just confirms that delusion.

I think the big thing we’re going to see this year will be a push for a third term. Democrats have already talked about repealing the 22rd amendment of the Constitution. We can expect a true push for this in 2016, but I think it will fail.

That leaves Obama the option of remaining in office by executive fiat. That’s something I wouldn’t put past him. With the military leadership gutted, it’s doubtful that there is anyone in a position of authority who can and will stand up to him. His hand-picked generals will capitulate, even if they complain about what he’s doing in private.

Of course, all he has to do to make that legitimate is declare martial law. Once he does that, he can suspend the Constitution, dismiss Congress and put the elections “on hold” until things get better. Of course, he’s the one who has to decide when things are “better” so that won’t ever happen.

This could lead to civil war. That’s hard to predict, because civil war would require enough people getting mad at the same time, that they would be willing to risk their lives taking action. Without the ability to communicate such plans, without the government knowing, it’s hard to gather the necessary momentum to make civil war break out. But if Obama pushes too fast, it could happen.

The Economy Getting Worse

There is absolutely no incentive for business in this country today. Corporate taxes are some of the highest in the world. Unless a corporation is receiving government stimulus or tax breaks, they can’t afford to continue operations. Smaller companies, who don’t have the money to buy government officials, don’t stand a chance.

The massive number of regulations that Obama’s administration is putting out are making it harder and harder for businesses to succeed. His war on coal is going to cost millions of jobs. Likewise many of his other initiatives. If the $15 minimum wage goes through, you can be sure that it will cost many more jobs. Liberal models of economics don’t take reality into account; they are pure theory, based on nothing more than good wishes.

Right now, I feel that the 2016 presidential elections are hanging in the balance. If Trump or Cruz wins the nomination for the Republican Party, the Republicans have a good chance of winning. But the establishment GOP is against either of them winning. They want a fully brokered convention, so that they can take the nomination away from the will of the people and give it to some RINO that they want.

This would be disastrous. Trump and Carson have already said that they’d run as independents. I’m not sure if Cruz would, but it really doesn’t matter. If there is any independent conservative running, it will divide the conservative vote and the Republicans will lose. That means that Hillary or Bernie will win the presidency and be able to take the country farther down the slippery slope to socialism.

Either Democrat candidate will continue with what Obama has been doing. If anything, they will push harder to take more money in taxes, give away more goodies to their base and steal our rights.

We can expect that the country will suffer even more and may not even survive. A wrong outcome from these elections or Obama staying in office by hook or by crook, could lead to the ultimate demise of the United States of America.