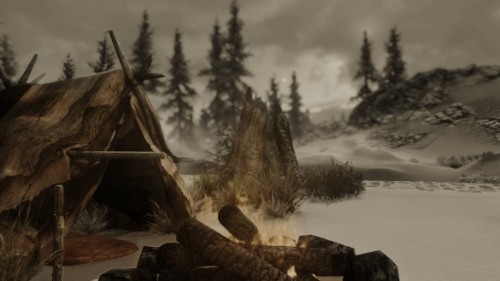 Whether you’re on a casual hiking trip or suddenly stranded in the middle of woods far away from civilization, you need to know where you’re going or risk losing valuable time, effort and supplies going around in circles. Dense woodland, lush vegetation, fast moving streams and wet ground can present challenges that could prove fatal for the unprepared and you will have to move in and out of them quickly.

You might also need to avoid trails that are too risky and dangerous as you circumvent them by going around easier terrain as it takes more time, yet you also need navigation tools to determine how long a stream runs or how far a hill can slope downward or upward.

The most simple and powerful tool for navigation in the wilderness is the compass. As these are relatively small and inexpensive, there is no reason why you shouldn’t have one in your gear. Remember that the red part of the needle always faces north and if you want to travel in a different direction, simply rotate it into your path.

While you may or may not have a map, you can take a guess at where your desired destination is: south, west or east and follow it rather than if you were moving about with no sense of where you could be headed. Do not put the compass close to metallic and magnetic objects as these may disorient it and align its pointer in the wrong way, effectively compromising your ability to accurately direct your path.

If you have no compass, or if you left it behind during an emergency situation, you will have to make do with the materials at hand. Remember the old saying that the sun rises in the east and sets in the west and look towards it at sunrise and sunset to reassess your travel path. In the Northern Hemisphere, the sun is due south when it is at its highest point in the sky.

If it casts no shadows on objects below, it is at its highest point. To ascertain your position in sunlight, you can use the shadow tip method. Find a straight stick or branch at least 3 feet long. Set it standing on the ground and clear any growth to get a better reading and mark the tip of its shadow with a stone or twig. This mark always represents west anywhere in the world.

Wait about 15 minutes for the shadow to move, and mark its tip as well. Draw a line between the two points, and you have the east-west line. Stand with the first mark on your left and the east mark on your right, then you will be certain that you are facing north. While this method is not 100% accurate, you can use it at any point in the world. You can also use the moon if you need to figure out where you are as if it rises before the sun has completely set, the illuminated side will be the west.

If the night sky is bright and illuminated with stars, a little textbook knowledge will help you move around at night. It is simply a matter of locating Polaris, also called the North Star. Be sure you have seen pictures of the Big Dipper and Cassiopeia as these constellations never set and can be seen easily in a clear night. These two constellations are located opposite each other and rotate counterclockwise around the North Star.

Look for the two stars forming the outer lip of the Big Dipper and imagine an imaginary line between them. Extend the distance by 5 times its length and it will determine the position of the North Star. Cassiopeia’s 5 stars form a “w” shape in which the center star is pointed by the middle, which is also the North Star. Uses these two constellations together to reduce the margin for error and determine true north.

Staying lost will inevitably deplete your resources and expose you to dangerous situations like predator attacks and fickle weather patterns. Without any idea of where true north is, you would never find your way out. If you know how to look to the sky for guidance, you can truly see hope in the stars.