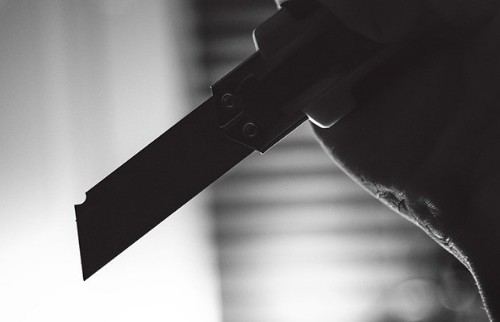 Improvised Weapon You May Not Have Considered We all know that in a perfect world we will be atour bug out location with all the preparations we’ve made when disaster hits. Next worse case situation is we at least have our bug out bag with us if were on the road. We all know that you can’t always take a gun or sometimes the knives or weapons that we want with us if we have to fly, work at certain facilities, or travel in some groups for events that we have to attend for various reasons.

You know the potential problems.Something happens that kills the power or causes a major disruption and you’re left short on solutions for protecting yourself when the zombies come out of the woodwork. Something that is available at many grocery, hardware, and dollar like stores, as well as many other places where you may be able to make a cash purchase is Hornet, Wasp, or Bee Spray. I know it’s not a gun. Let’s face it. Gun purchases will be stopped in a real SHTF situation. Hornet spray is a much better solution than a knife. It’s also quiet and won’t attract attention.

Hornet Spray is not a toy. It will fire a spray up to 20 to 25 feet and you hit someone in the face with it you will blind them and if they inhale much they are dead. Unlike Pepper Spray it will stop and kill even those on various drugs that Pepper Spray will not affect. It will not go through other objects such as a bullet. This could either be a good or a bad thing.

If the shit hits the fan you can be creative in purchasing it. Most won’t think of it as a weapon. Just tell the sales clerk that you are allergic and scared of bees and you’re on your way home or wherever and almost got stung by a bee from a new hive that just appeared on your route. Most sales clerks will be sympathetic and if you have cash you can usually get a can for three to four dollars. This is a huge advantage over firearms, knives, bows and arrows. You’re just trying to protect yourself from a household pest. Most people will not think that you are purchasing or carrying a weapon. Once you get the can, or two, do test fire the can outside so you are aware of the approximate range. Like any weapon you must know its range and effectiveness. You can carry it in your hand as you walk and most won’t consider you armed. Yes, if someone saw an old James Bond Movie and remember when he lighted up the hair spray with his lighter they may consider that you have some stupid defense idea like that in mind. Most thugs will laugh at that figuring a few flames at short-range they can put up with and still take you out.

I would recommend that if you’re in a real SHTF situation that you also wrap the can with some duct tape. It’s best if you can keep a potential attacker in the dark to what you have. In the early stages of a SHTF situation I’d recommend a bright color such as pink, neon blue, bright green. Use a sharpie and write Silly String on the can. It won’t pass for real Silly String on close inspection but to a casual observer it will work. Remember the rule: People will see what they want to see. If someone sees you carrying the can of silly string you might appear to be a bit nuts. No one will question you about carrying a can of Silly String. They may think you’ve lost it and stay away from you. Any functioning law enforcement will also most likely ignore you. If they think you’re carrying pepper spray they might want to take it from you.

In the later stages of a SHTF situation I would recommend that you wrap the can with a dark color of duct tape.

Thugs looking to take advantage of you are more likely to look at you as an easy mark and are more likely to get too close without using their weapons. If they start to make a move towards you I recommend you spray them in the face and maintain the spray till they drop. You do not threaten. You just act.

We all know the hardest part of surviving a SHTF situation  is the mental aspect of making the decision to survive. In a true SHTF situation there is always potential legal problems. But in most SHTF situations the actual number of accounting’s of holding someone responsible for the things they did are almost zilch. If you don’t believe me just look at the Rodney King Riots. The cops had people on video beating up people. How many were ever prosecuted? The few that have been prosecuted were excused of punishment regardless of the lives of others they ruined.

You can look at the Ferguson Riots. Many are on video. The step father of Michael Brown actually incited a riot. He was not even detained.

My best advice is to protect yourself the best way you can and get yourself to your safe haven. If someone attacks you be prepared and defend yourself. Do not worry about using lethal force. They are not concerned about your health of safety when they attack you.

There are some other aerosol products that may work in a closer range situation. I say closer range since the aerosol stream is not designed to shoot as far as a Hornet or Bee Spray. But it’s better than nothing and it may save your life. Most oven cleaners and car starting fluids (aerosol) are also very deadly. As you know in some situations it’s being able to identify something you can use and using it in a way to protect yourself.

If on the way out of the store you happen to notice Drano Kitchen Crystals—a red top blue can that retails for about six dollars a can I recommend you grab a couple. It can be used to take out a crowd, or someone behind cover if you can throw it into their area. You place the Drano Crystals in one bottle and tape another bottle to it with bleach. When the bottles break it creates an extremely deadly gas. Yes, I’ve known way too many people who have worked for our government in places they never were who had to make the stuff up as they went.

What are you own ideas for improvised weapons to use when SHTF?