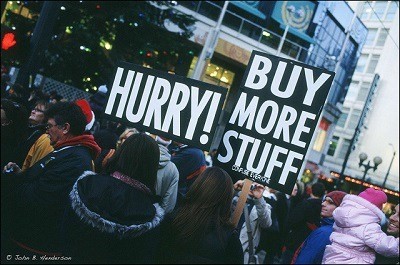 It is true that if you buy cheap you buy twice.  However, I still believe that you are able to find good deals on prepper gear without sacrificing quality.  It is just a matter of identifying these places.

If you are like me you are probably prepping on a budget.  With the prepper gear market growing we are starting to see some increase in prices.  With that being said, in my search to find prepper gear I have identified a few inexpensive places.

Pawn shops are the ideal places to find inexpensive prepper gear.  Many times the items that you find at a pawn shop are only there because the owners had found themselves in between a rock and a hard place.  So it’s not that the items weren’t of great quality.

On the contrary, many pawn shops will not purchase items that do not have great quality.  Without quality items pawn shops are not able to make an extra dollar.  So they are sure to inspect much of the equipment that is being pawned or sold to them.

Still you will want to inspect the items before purchasing.  There will be some shady pawn dealers who are just looking to make a fast buck and will swindle you.  This is especially important if you are purchasing guns.  You will want to make sure that the gun is functioning properly and safely.

Some of the great prepper gear that you can find at pawn shops include weapons, tools and hunting gear.  It is important to have a great set of tools.  If the grid goes down or if the crap hits the fan there will be no one else around to fix stuff besides you.

Thrift shops many times will have some great quality items to purchase.  Prepper gear that you can find include grey man clothing, radios and even camping gear.  Furthermore, most of these items were donated by well off people who barely used them.

Many cities will have a military surplus shop.  Unfortunately most of these shops are found in the bad parts of town.  However, it is definitely worth the trip.

Some of the great prepper gear items that you can find at military surplus shops include military grade clothing, equipment and camping gear.  When bugging out I don’t recommend wearing camo in the urban environments.  However, if you do make it to the woods you could change into something that will help you blend in with the environment.  Military clothing is also built to last.

Most items being sold at a yard sale have great quality.  Many times families are just looking to clear out their closets with items that they don’t really use anymore or have replaced.  So yard sales are the perfect place to find inexpensive prepper gear.

Great items that you can find at yard sales include clothing, camping gear, food and even coins.  If you look carefully into these coins you can find some valuable treasure.  This is especially true with finding silver. Silver should be saved because if the economy collapses or if crap hits the fan the price of silver will grow exponentially.  If you take a look at the financial struggles of 2001 and 2008 you will see the price of precious metals more than doubled.

Now Facebook groups are a great place to find prepper gear but you should be cautious about these transactions.  I have heard of people being scammed and even stood up.  On the other hand I know of some people that have bought some really great gear.

There are Facebook groups for virtual yard sales, prepper swaps and even private gun sales.  Many times you will find “preppers” who are giving up on prepping or giving up the lifestyle.  So they turn to online outlets to sell their gear for the cheap.  I would advise meeting with these people in public well lit places.  Also, never go alone.

Just as the previous tip, you want to be very cautious when making exchanges with people over Craigslist.  There have been cases where people have been kidnapped and even murder.  At the same time, I have made some great purchases through Craigslist as well.  I would use the same advice from the previous suggestion.

Finally auctions are a really great place to find inexpensive prepper gear.  I know of one prepper who found some really great deals on guns and ammo at auctions.  As a matter of fact, there was a prepper who died but had an arsenal prepper gear that was auctioned off.  It just so happened another prepper purchased that gear.

So these 7 places are really great for finding inexpensive prepper gear.  If you have another other suggestions please leave a comment below.  I would love to find some additional places.  Also, don’t forget to subscribe to my email list so that you can stay up to date with all of the newest content.