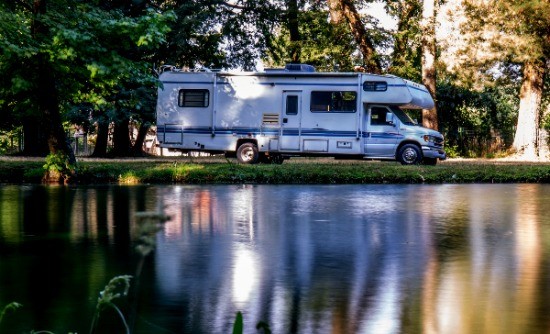 Timing is everything, if you decide to bug out and leave! I receive no less than 150 e-mails per day. Many of these are from our readers, even though my e-mail address is no longer listed on SurvivalBlog.com. Readers kept it, even after it was removed. I honestly don’t have time to respond to every e-mail I receive each day. However, one question I get the most often is about bugging out before, during, or after a SHTF scenario, and there is no one answer to this dilemma. Plan For Many Situations I’m getting on in years. Very shortly, I’ll … 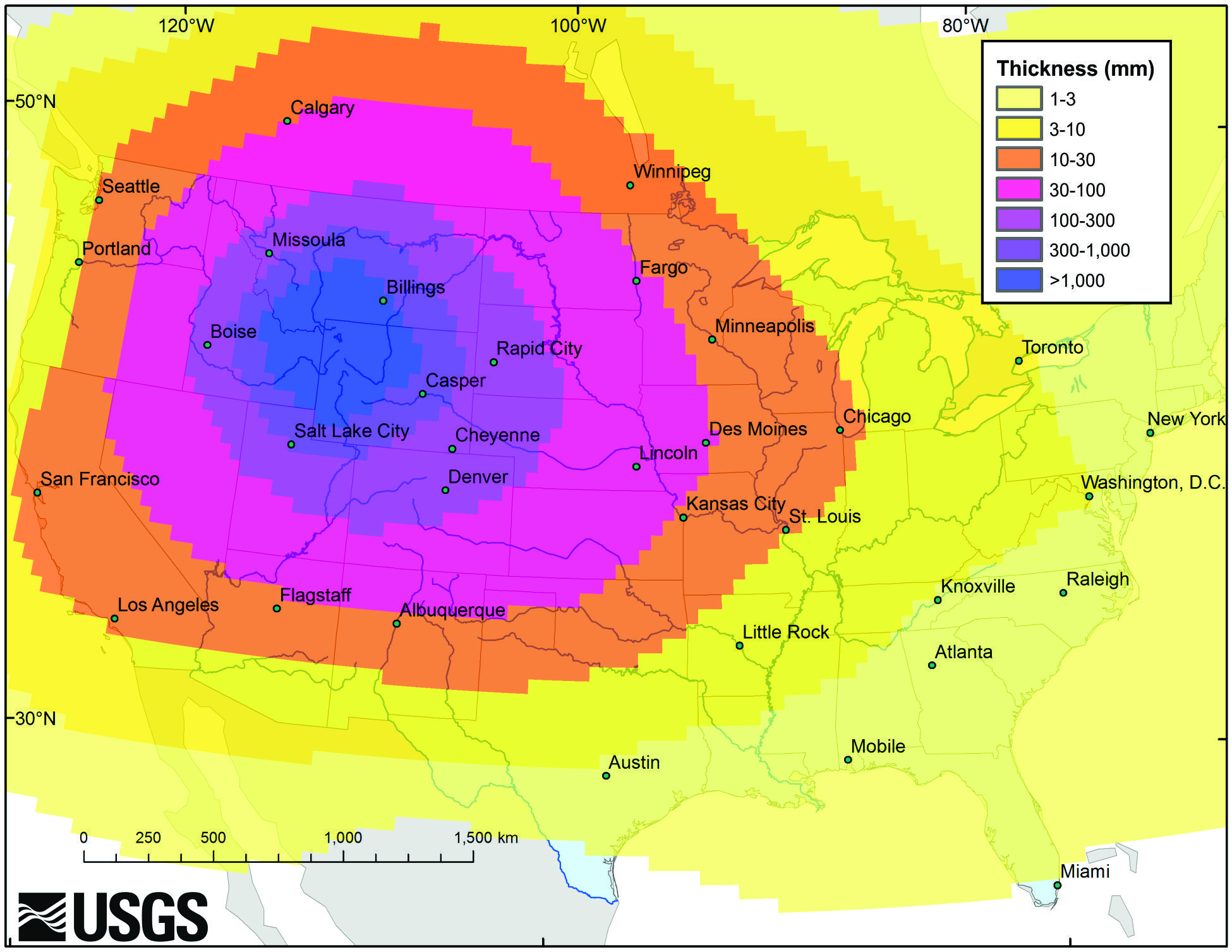 What would Yellowstone Exploding look like?  No place on Earth would be safe.  The average earth temperature could plummet by 26 degrees from all the ash ejected into the atmosphere. Last week, the USGS released an updated threat assessment for U.S. volcanoes. The first assessment was published in 2005. The 2018 update refined the original assessment by accounting for new research and observations during the past 13 years. Some volcanoes moved up the ranking, and some moved down. A few volcanoes were added to the list, and a few were removed. But what does this mean for Yellowstone?

First, let’s review what the assessment is and what it isn’t. The assessment is not a list of which volcanoes are most likely to erupt, nor is it a ranking of the most “active” volcanoes. Instead, the assessment is a quantification of the relative threat posed by the volcanoes in the United States. Threat is defined as the combination of a volcano’s hazard potential, and the exposure of people and property to those hazards. In other words, a volcano that only erupts lava flows but doesn’t have anyone living on it has very low threat, since even though there is a hazard (lava), there are no people or property at risk from that hazard. A volcano that might experience only small explosions but that is surrounded by towns and near an airport has a higher threat, since lots of people and property are exposed to the hazard (even if the hazard might be a relatively small one).

Another important definition is “active volcano.” What does it mean to be “active”? Both the original 2005 report and the 2018 update define “active” to mean that the volcano has experienced an eruption during the past 11,650 years — the Holocene geological epoch. How then could Yellowstone even be considered for a ranking, given that the last time magma reached the surface at Yellowstone was 70,000 years ago?

It turns out that, in addition to volcanoes that have erupted in the Holocene, the report also considers caldera systems that show unrest — for example, earthquake activity, ground deformation or gas discharge — even if they have not erupted recently. There are three such caldera systems in the United States: Valles caldera, New Mexico (which last erupted more than 50,000 years ago); Long Valley caldera, California (last eruption was more than 15,000 years ago); and Yellowstone.

Now that we have established which volcanoes are considered, we need to address how “scores” are tabulated. In the report, 24 factors that describe a volcano’s hazard potential and the exposure of people and property to those hazards are considered. The hazard factors include such categories as the size of the largest explosion to have occurred at the volcano, the average recurrence of eruptions, what types of eruptions have taken place, and whether or not the volcano shows signs of unrest. Exposure factors include nearby population, nearby aviation activity, and nearby infrastructure (like power and transportation resources).

In 2005, Yellowstone was ranked No. 21 in the threat assessment. Now for the big reveal: in 2018, Yellowstone was ranked … No. 21! This qualifies Yellowstone as a “high threat” volcanic system. This is not a change or any sort of upgrade in the threat posed by Yellowstone, and carries no implications for future eruptive activity. It is merely a way to provide a sense of Yellowstone’s threat level compared to other volcanoes in the United States.
Relative to the other U.S. calderas, Yellowstone lies in the middle. Long Valley caldera is No. 18 (“very high threat”) and Valles caldera is No. 68 (“moderate threat”).

Despite the fact that Yellowstone has not experienced any magmatic eruptions in 70,000 years, the system reached its lofty ranking (compared to other volcanoes in the country) because of the long-past history of very large explosions, more recent history of steam explosions, observed seismic, deformation, and degassing activity, and the presence of a population (over 4 million people visit Yellowstone National Park each year).

The threat ranking is intended as a guide in terms of which volcanoes should be prioritized for upgrades in monitoring capabilities. Yellowstone is already among the best-monitored volcanoes in the world, but we expect that the upgraded threat assessment will be helpful in refining the monitoring plan, which is due for revision.

The full report is available at https://pubs.er.usgs.gov/publication/sir20185140.

If you have any questions about the threat assessment or how Yellowstone fits in to the 2018 report, feel free to contact us any time at yvowebteam@usgs.gov 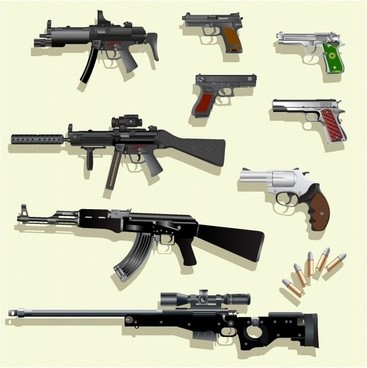 A topic that comes up in more than half of my consulting calls, is firearms. Most survivalists gravitate toward guns for obvious reasons. If anything, SurvivalBlog could surely be labelled a “guns and groceries” oriented blog, and most of our readers are like-minded. We tend to have large gun collections. We aren’t entirely gun-centric, but our concept of preparedness includes owning guns and having full proficiency in their use. The greatest difficulty vis-a-vis guns for those in our community is not hand-wringing about whether or not we should own them. We’ll leave that pseudo-question up to the leftists. Rather, our …

The post The Well-Balanced Gun Collection appeared first on SurvivalBlog.com. 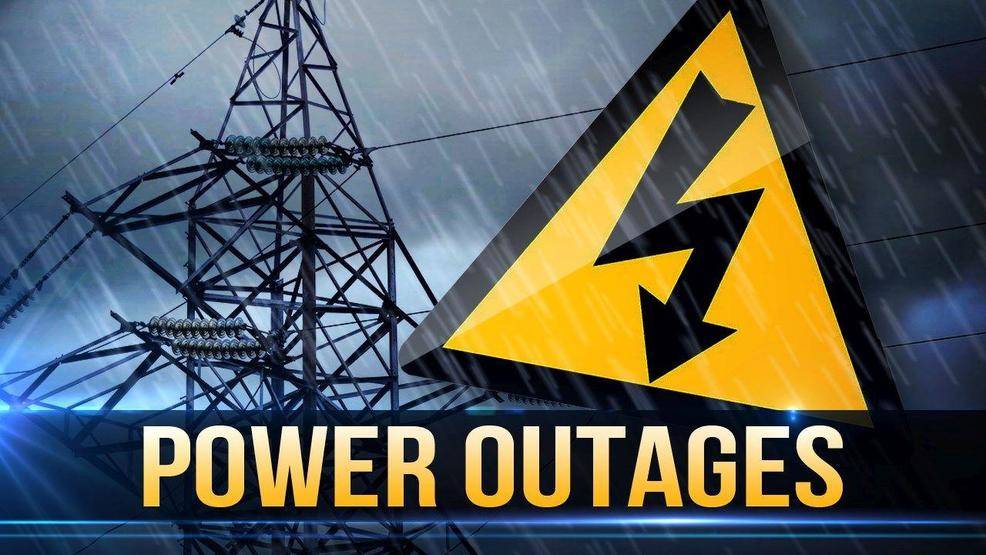 Backup power for when the grid goes down or you have to bug out should be an important part of everyone’s prepping plan. For some, that power supply might be more important than others, especially those with medical conditions. Those might be people on dialysis, CPAP machines, or any other health-related electrical pieces of equipment. Then, there’s the obvious short-term food storage issue we think about relating to our refrigerators and freezers. Long-term uses might include recharging batteries, running Ham radio equipment, et cetera. Real Options For Backup Power For many years, the only real option for backup power was …

The post Backup Power, A Review by KS appeared first on SurvivalBlog.com. 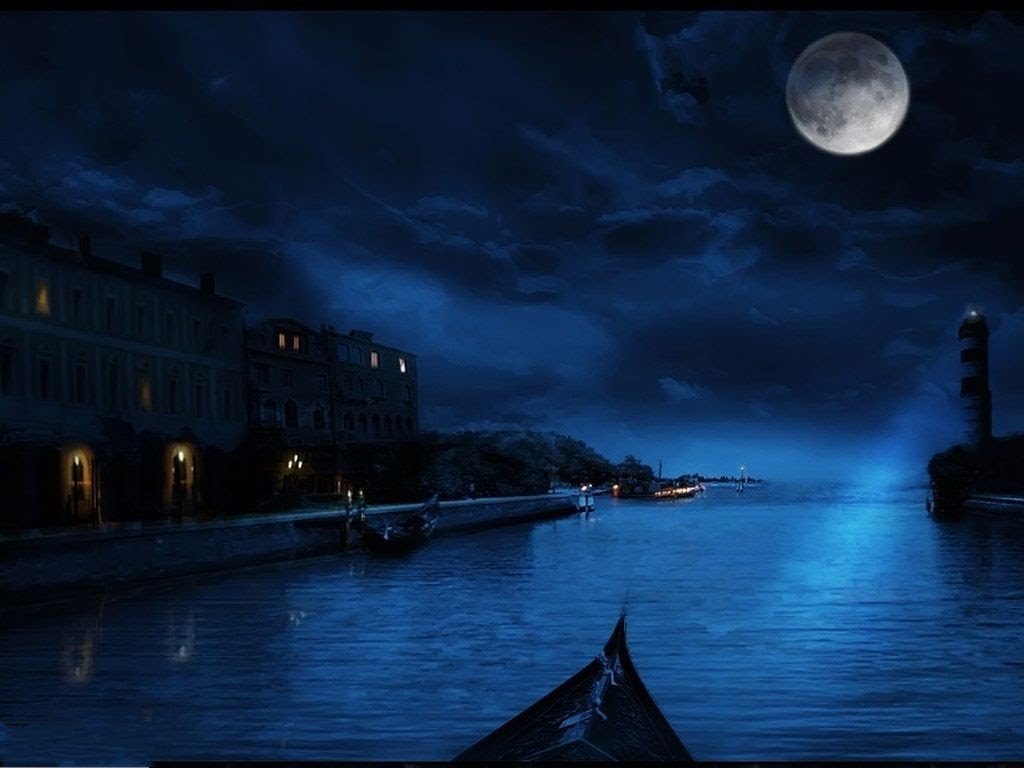 The intent of my article is to first, bring to view the reluctance issues we have that keep us from securing our stuff, and also to think ahead when actually doing it. The only thing worse than not hiding your preps, is hiding them poorly! Common Arguments About Caching (continued) In part 1, we began listing and addressing some of the common arguments against caching. Let’s continue with this. I Will Defend My Stuff If Necessary Will you defend your stuff? Have you thought all of that through? If you are caught off guard with a couple of nasty people …

The post ‘Twas the Night After SHTF- Part 2, by H.C. appeared first on SurvivalBlog.com. 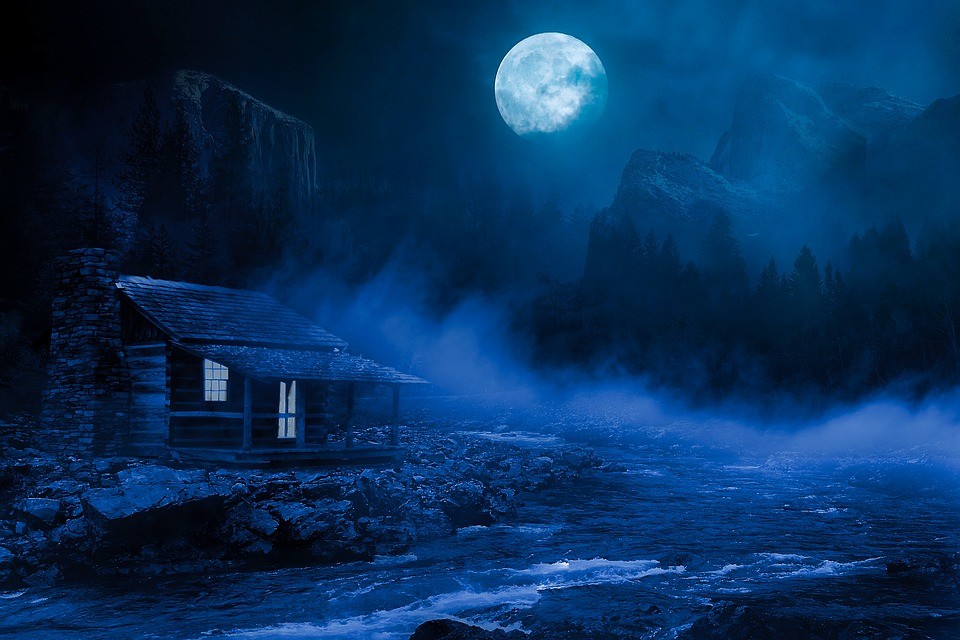 Twas a night after SHTF, when all through the house, Not a creature was stirring, except for the louse; The rifle was hung over the chimney with care, In hopes not to use it, but to know it was there;   The children were nestled all snug in their beds, While visions of normalcy, danced in their heads; And mamma still canning, and I getting undressed, Had just been discussing how we felt so blessed;   When out on the lawn there arose such a clatter, I sprang with my rifle to see what was the matter; Away to the …

The post ‘Twas the Night After SHTF- Part 1, by H.C. appeared first on SurvivalBlog.com. 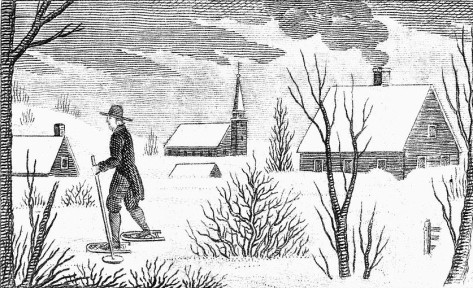 You may have missed a few brief mentions of an emerging threat in the mainstream news: The face of the sun has gone mostly blank in the past few years, with an extremely low number of sunspots. There have only been sunspots visible on the the sun for 133 days in the past year. The last three solar cycles have become progressively weaker. There is now a legitimate concern that because there have been several very weak solar cycles in succession, that we could tip over into another Grand Solar Minimum (GSM). This potentially developing GSM could be something similar …

The post Should We Brace for Severe Winters Ahead? appeared first on SurvivalBlog.com. 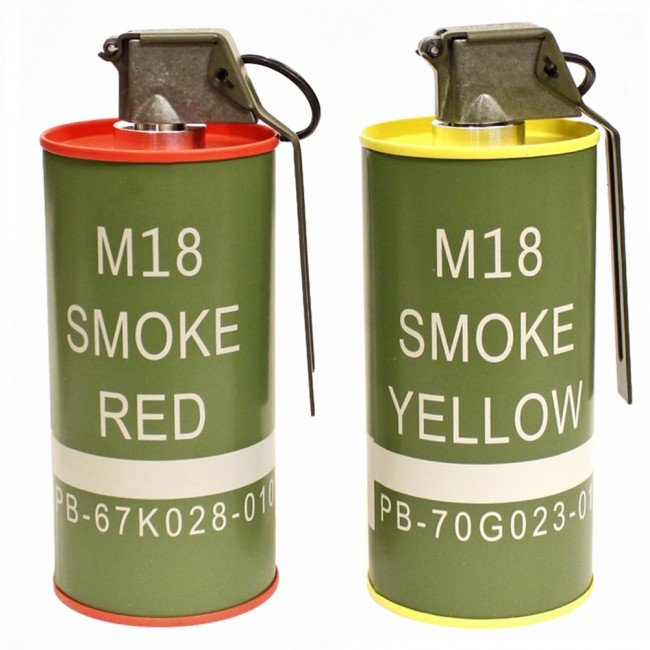 I’ve participated in a few discussions recently about the utility, if any, of smoke grenades and similar devices to an average person, or even a reasonably trained and equipped prepper, in a SHTF situation. There are certainly some valid points to both sides of the arguments. So, this short article is intended to share a few thoughts to help SurvivalBlog readers make up their own minds. Smoke grenade use generally falls into two areas— signaling or obscuration. Large scale smoke, such as from vehicle-mounted or stationary military-style generators, can also have other applications that are beyond the intended scope of …

The post Smoke Grenades – Any Utility?, by T. in Virginia appeared first on SurvivalBlog.com. 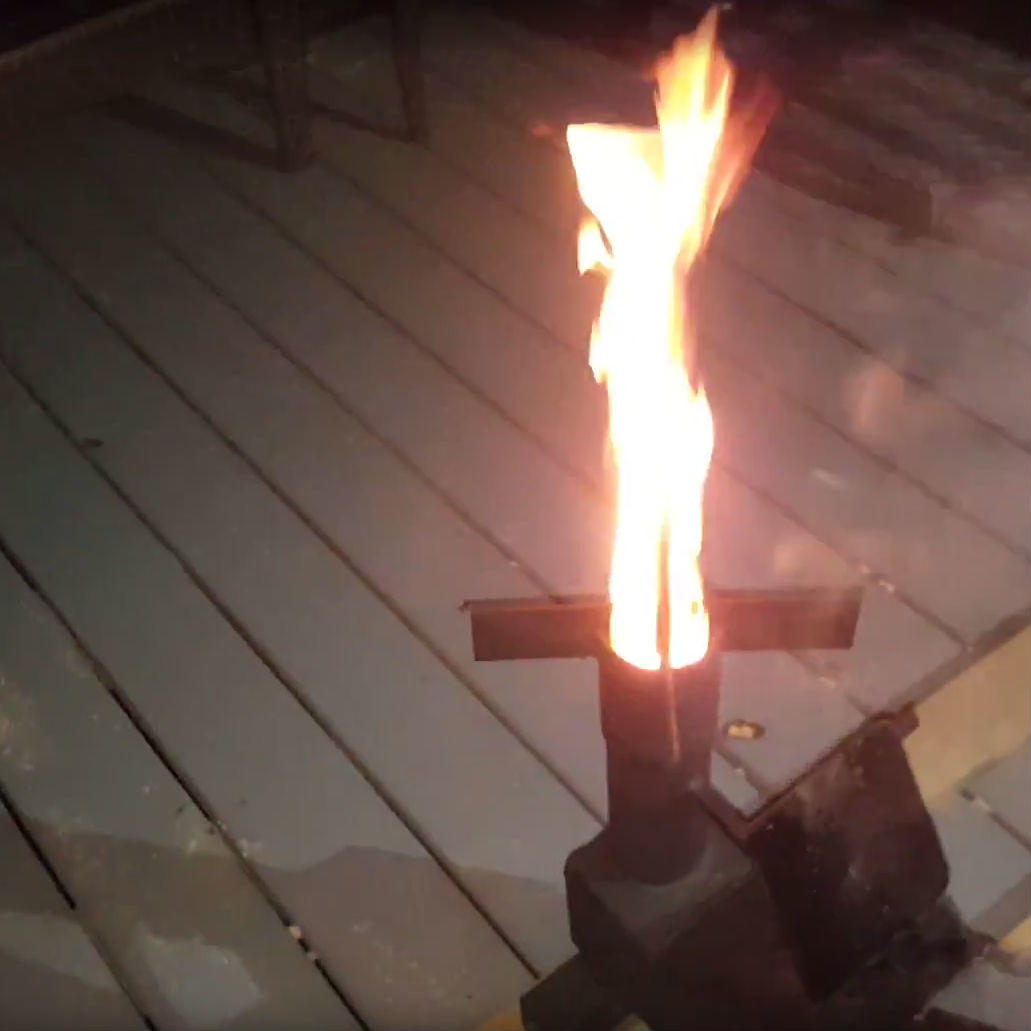 We are excited and honored to have been featured on Skilled Survival website with one of our products. They featured our 50BMG Rocket Stove in the “7 best tent stoves to make you a winter camping hero.” Here is the link to the article. Thank you Justin Jackson and his team for the feature.

7 Best Tent Stoves To Make You A Winter Camping Hero