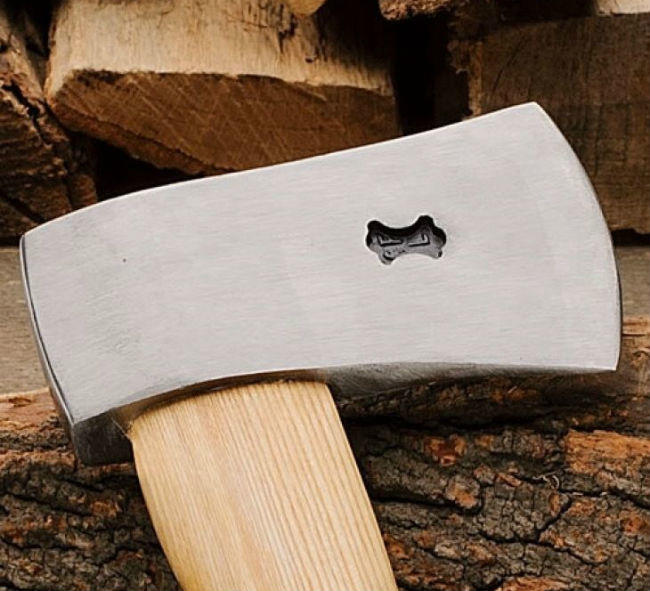 The hatchet is a small axe that is one heck of a survival tool, and it lends itself to numerous applications that help you not die. Let’s go over some of the way it can be helpful in a survival situation.

You should have at least two to three different ways to start a fire, like waterproof matches, magnesium fire starter, and a lighter.  A hatchet is another very helpful item to have when needing to start a fire. It not only makes it much easier to cut large pieces of wood, but also functions as a striking tool to create sparks. Use as a striker only in an emergency situation to avoid premature dulling.

Finding yourself face to face with a large predator in the wild such as a cougar or bear is never ideal, and there’s no running away, as it sends a clear message that you’re food rather than a potential threat. Granted, you’d probably rather have a gun or an airbow to keep the predators at longer distances, but if things become too close, you can count on your hatchet. The hatchet works best when used in a hacking motion to maintain your defense.

Cutting ice and hard snow for water is much easier when you have a hatchet, as is digging out a snow shelter.  Ice cutting will come in handy if you need to dig a hole to protect a small fire from the wind.

Should you need to create a splint, a hatchet again comes in super handy. It makes it easy to cut and fashion a splint, whether for you or an injured party member.

The metal section of a hatchet works as a light reflector, which sure is helpful if you’re alone in the wilderness and need to be rescued!

The hatchet’s back end works as a very nice hammer.

Some would argue that you only need a fixed blade knife in your pack, while others would argue that the hatchet is the more important of the two. The reality is that you should have both. If you don’t have a hatchet in your survival bag, consider purchasing one. Chances are that you’ll be very glad you have it down the road.