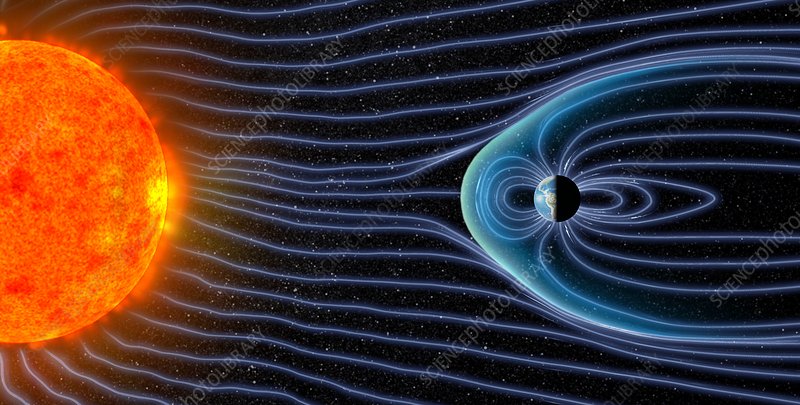 Scientist have traced back the last pole reversal to 42,000 years ago, and we may be due for another. The evidence coincides with the disappearance of the Neanderthals. These primitive human ancestors didn’t have the ability to hide from the ensuing bombardment of radiation due to the weakening of the magnetosphere, nor would they have even understood what was happening.

“This new information has led them to link the flipping of the poles to key moments in the prehistoric record, like the sudden appearance of cave art and the mysterious extinction of large mammals and the Neanderthals. They argue that the weakening of the Earth’s magnetic field would have briefly transformed the world by altering its climate and allowing far more ultraviolet light to pour in.

Their provocative analysis, in the journal Science, is sure to get researchers talking. Until now, scientists have mostly assumed that magnetic field reversals didn’t matter much for life on Earth — although some geologists have noted that die-offs of large mammals seemed to occur in periods when the Earth’s magnetic field was weak.

The Earth is a giant magnet because its core is solid iron, and swirling around it is an ocean of molten metal. This churning creates a huge magnetic field, one that wraps around the planet and protects it from charged cosmic rays coming in from outer space.”