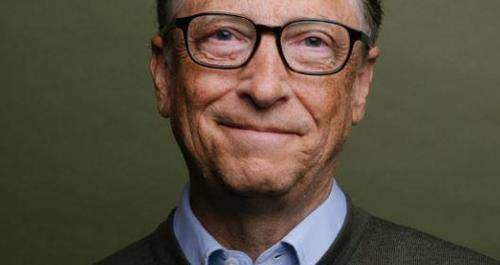 When it comes to global health policy, Bill Gates has never been known for subtlety. So it’s hardly surprising that his charitable foundation’s latest report on the greatest challenges facing mankind might make some readers want to lock themselves in an indefinite quarantine.

Readers familiar with Gates’ previous warnings about the rising risk of a global pandemic will recognize the top three risks: antibiotic resistance, governmental reluctance to fund health-care solutions and the next global contagion. The latter risk factor has become so universally feared by health professionals that the World Health Organization already has a name for it: “Disease X”. The likelihood of an explosive global pandemic breaking out in the relatively near future increases along with the population in the world’s poorest countries, which are presently experiencing explosive population growth even as birth rates in the developed world plummet. And if the world’s wealthiest countries don’t invest resources to combat these issues in Africa, South America and Asia now, it will be infinitely more expensive grappling with the consequences on the back-end, as Gates explained in an interview with the Telegraph.

“We are not fully prepared for the next global pandemic,” he says. “The threat of the unknown pathogen – highly-contagious, lethal, fast-moving – is real. It could be a mutated flu strain or something else entirely. The Swine Flu and 2014 Ebola outbreaks underscored the threat.”

The risks associated with the population boom in the poorest countries in Africa has long been treated as “the elephant in the room” by global policy makers. Even if one sets aside the risk of disease, the developing world must step up to monitor the economic impacts of rapidly increasing populations, confronting issues like political instability to ensure that the expansion will yield unbridled growth like similar periods in China and India.

According to demographers projections, the population of Africa is set to explode to 4 billion by the end of the century.

While the story includes few references to world leaders, Gates paused to praise UK Prime Minister Theresa May for her recent tour of Africa, during which she re-committed to UK aide spending…

Gates commends Theresa May’s recent Africa tour where she recommitted to Britain’s aid spending target of 0.7 per cent of gross national income. He says he has attempted to meet with Jeremy Corbyn, although so far failed, due to a schedule clash.

…And tried what looked to be her first attempt at dancing. 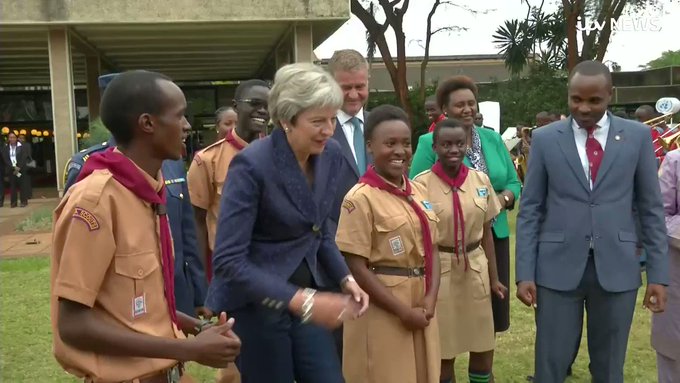 Moving on from this talk of global pandemics, Gates spared a few moment to opine on how governments should approach social media. And in his view, they should step up and regulate it with a heavy hand.

“They will step up in a pretty strong way to all those things. People who are super-successful need to be held to a very high standard. Some of that will lead to a very unfair personalisation as though these mistakes are somehow down to flaws in Mark’s character, or something like that. Mark knows he is in a position of responsibility and is trying to learn about this stuff.”

We imagine Mark Zuckerberg will be thrilled to hear that.