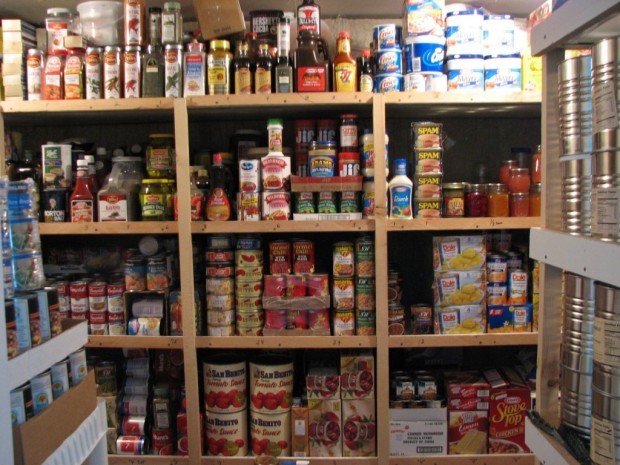 Okay, so you might not be able to do all this by yourself, but this might get you started on your way to having your very own, very quiet and thick skinned underground bunker.

Why would you want one?

Well, that’s the question, isn’t it. Most people don’t do the whole underground thing, unless they’re mad dictators or something of the sort. The problem with this is that none of us are reallyready, if you catch our drift. If something were to happen, where you would need an underground, reinforced hideout, you’re out of luck now, aren’t you? Yes you are.

Whether you build this thing as a standard panic room or a separate shelter, it would be a good addition to your home, it’ll raise the property value (considerably) if you ever want to move away, and if the day should come when “they” decide to drop the big one on your local town, you’ll be up and about along with the cockroaches in no time, while everyone else are so much dust in the wind. Nice, huh? Yes it is.

What to do first.

According to BunkerBuilders.com, you have to find a suitable place for your bunker. They’ve got a nice checklist which we will take the liberty of reproducing here.

Things to consider when deciding where to build your underground shelter:

Most sane people who decide to build themselves a bunker or a hardened part of their house to use as a panic room won’t fall in this trap, but we’re going to warn you anyway; If the people you’re looking to buy a shelter from (yes, some come pre-fab) has 2012 “Planet X” propaganda on their website, you should probably look elsewhere. “Stealth Installation” (yes, there are companies advertising this) isn’t really a viable option either, since a genuinely safe underground bunker will be noticed during construction. Also, you’ll probably need permits to build them, unless you live on a remote farm or on a huge property in the middle of a forest somewhere.

We’ll mention one other alternative before we go on, however. There are a lot of read-made, nuclear-proof homes out there. It’s true! They’re on the market, too – readily available for purchase by anyone (who has the money). Granted, they can be expensive, but if you

have 400,000 – 4,6 million dollars just burning holes in your pockets, then this could be just what you’re looking for. What about a beautiful home built on top of an Atlas F missile silo with all the trimmings? 2000 lbs blast doors, several stories of hardened housing down into the earth, all the comforts of a top-notch residence on every level.

This probably isn’t for everyone, however, even if you’ve got the money and the financial planning for it. Most of these sites are pretty dreary – location-wise, at least. You pretty much have to choose between living in the middle of some desert or other (there’s one smack in the middle of Texas, for example) or deep in some woods where you actually need that private airstrip (like in the picture, there).

So we’ll go on to how you should go about building your own – slightly-smaller-than-a-missile-silo underground bunker. Should be fun.

Get your Permits, mister.

Make sure you’ve got the permits you need to dig and build in the place you found while following the list up above there. If you can’t meet all of the requirements, that’ll probably be okay, but you do need to come close, however. Also, you need to make sure that you’re not going to dig through your neighborhood’s watersupply, cables, drainage tunnels and all of those nasty things that seem to do nothing but cause trouble once they see daylight.

Once you know you’re allowed to dig, and you won’t cut off the nation’s internet access by severing a fiber cable down there, you’re good to go. Now you either get yourself a machine, or you hire someone to dig your hole for you. If you’re not in construction and you haven’t dug a hole like this before, hiring someone to do it for you is probably a great idea.

If you want to try doing this yourself, eHow has a nice write-up of a (very) basic shelter, which is probably possible to pull off on your own. It does require a lot of concrete work, which can be trying unless you have a lot of experience, but not impossible at all.

If you want something more than a basic shelter with four concrete walls and a bucket to do your business in, however, you should leave the construction itself to a professional contractor.

What you should do yourself is designing the place, making sure that you get it exactly the way you want it.

One of the most fascinating bunker designs out there is the Vivos approach. This company is building bunkers all over the US, and will also build one for you, based on their own designs, but customizable to no end, apparently. Even if you don’t buy a bunker off them, it’s a good idea to check out their specs here (be patient with that pdf – their site is as slow as cold molasses).

As futuristic as anything out there, these bunkers will apparently be able to save you from anything – tsunamis, anarchy, radiation, blasts, heat, fallout – they’ll apparently save humanity when 2012 runs out too… yes, we said something about that up above, we know, but still. These bunkers are seriously neat.

The military has been building bunkers for a long time, and they’re probably the best people out there when it comes to making secure, timeless and useful bunkers, functional to the bone and efficient on top of that. You would do well to read one of their survival guides, for example, before you start prioritizing your bunker design. Basing your design on the army’s specifications is a very good idea, but you might want to add some more comfort to your hole – after all, you don’t know how long you’ll be in there, and if you plan on using this space as an addition to your normal living quarters, then you might want more than four concrete walls and a wooden bunk bed.

Sitting down and drawing up your bunker is a good idea – remember that you don’t necessarily need to reinforce every single wall in there, as long as the structure is sound and strong. Plan for drywalls inside the shelter, so you can hide air filtering, wiring and pipes, just as you would in a regular home.

Some things to consider when designing your new underground shelter:

– Light.There’s not going to be any windows, so plan for more light sourcesthan you would in a regular house. Make sure that you have emergency lighting on separate curcuits – you never know when that might come in handy.

– Air. Filtration systems aren’t cheap, but the most common flaw in private bunkers is a lack of adequate ventilation. Spring for the bigger one, if in doubt.

– Water. Again, filtration systems aren’t cheap, but they’re necessary if you’re going to use an outside source as a water supply down in your bunker. The alternative is to get a water tank, but depending on the size, that won’t keep you for long. Plan to have more resources than you think you’ll strictly need.

– Food. Stock up with emergency stuff, and get the fresh meats and fruits down there when there might be a need for them. Storage of food is what drains the most energy, so plan for this. Use ground cold/heat to store your food, and go for high-quality dried foods (such as MREs) and canned goods. That will get you a long way.