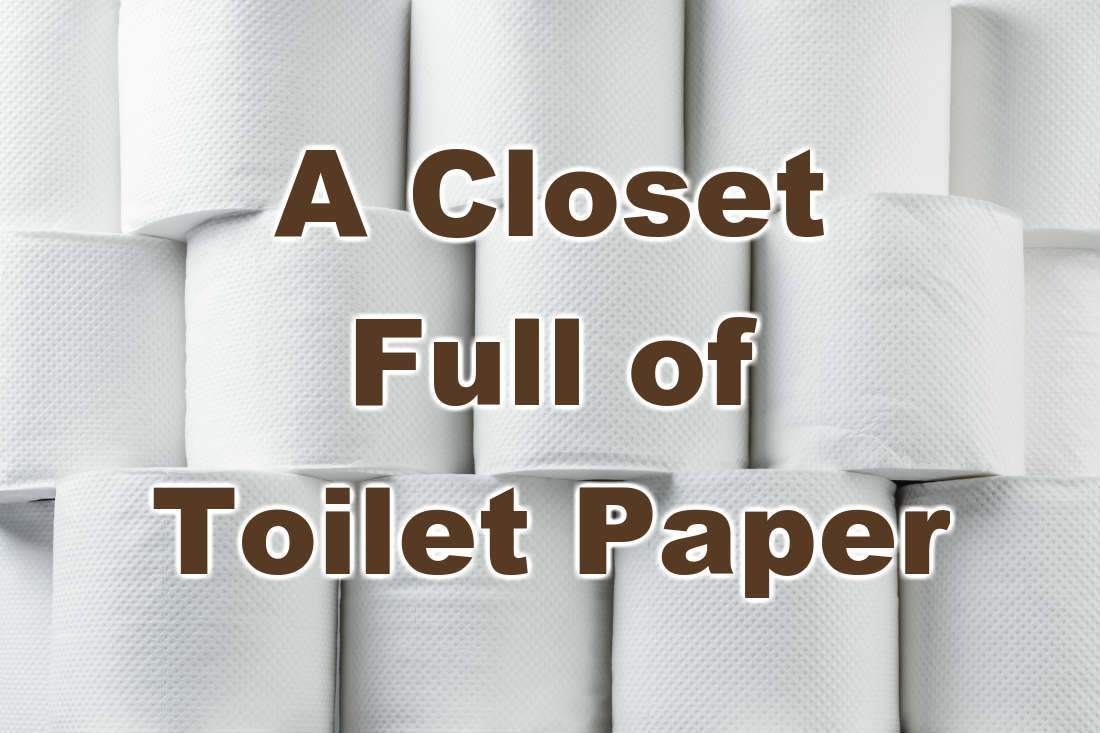 Prepping was just living before it was prepping. I used to love going to Grandma and Grandpa’s house. They lived in a country community surrounded by orange groves and barren hills in the foothills of central California. The smell of a wood fire burning is their cast iron stove, the fishing trips to the local lake, and a closet full of toilet paper brings a smile to my face even now. Many laughs were had, at my Grandpa’s expense over the years, about his closet full of toilet paper. When I was a young child I never could understand why they had so much toilet paper, but this is how my story began.

Grandpa Dotson was born in Abilene, Texas , 1917 to parents originally from Tennessee. This was at a time before the Great Depression, but during WWI. As a child, life was not easy, and the family travelled around the area looking for work. They settled in an area with Mom, Dad, and the extended family that needed farm workers. At this time in our history the US was wrapped up in WWI and the war machine and the resulting economics were in full swing. Farms across the country were not sharing in any prosperity the war had produced for many other sectors such a manufacturing and steel working. Farm and produce prices plummeted and farm workers were left behind. You can see from the charts below, Farms were beginning to be foreclosed upon at a higher and higher rate year after year. Displaced farm workers were forced into a situation that was difficult to recover from easily. Since Most farm workers didn’t know much other than farming, as it was a way of life. To compound things, workers that once worked in the fields picking cotton and fruit were experiencing displacement by more and more modern equipment, making large farms more efficient, and smaller farms that couldn’t afford equipment, just failed. Sharecropping had then become the family business, and farm workers did whatever they could to put food on the table. This proved to be a difficult thing to accomplish.

Sharecropping is a form of agriculture in which a landowner allows a tenant to use the land in return for a share of the crops produced on their portion of land. Mostly families would sharecrop because it was the only option left. Media many times, shows poor black families were tied to the land with no way out, but all ethnic families were affected. My grandfather’s family were sharecroppers and lived by and off the land, literally.

After Delbert’s Grandparents died and mid Great Depression, the family out of opportunities, relocated to Farmersville, California to the Government Work Camps for the poor. The entire family had to find work when and wherever they could. His parents, brothers and children picked cotton, oranges, and fruit in various fields around the area. This depressionary time was tough for so many families and people were suffering. The Grapes of Wrath was much more than a book by Steinbeck, it was real life and it wasn’t easy.

The Great Depression, Work Camps, and Starvation were just the precursor to the real challenge for Delbert Dotson.

Once The Great Depression broke and families began getting back to work and providing for their families, tragedy struck the family once again. Grandpa Dotson was able to save enough money to buy a parcel of land in a partnership with his brother located in Visalia, California. This parcel included a group of small rental homes and finally allowed the family the appearance of some security. Things were actually beginning to look up.

The polio vaccine was beginning to be released in 1955, but 6 years earlier Delbert Dotson was diagnosed with paralytic polio. The virus attacked and left him unable to walk or provide for his family for over a year. He was one of the lucky ones though. The disease didn’t cripple or kill him completely, but rather left him with one side of his body weak and atrophied. He learned to walk again and began working in jobs that didn’t require leg strength. Grandpa never recovered completely, but was able to walk well enough to continue working and still continued to provide for the family. The old adage, “What doesn’t kill you” proved too true on a very real level. Ruby, his wife, his children and other family members were able to find work in the cannery industry and field work. This allowed the family to keep the property and put food on the table.

The lessons learned from a life in the early to mid 1900’s were of hard knocks for so many families. History shows a great time of prosperity for so many families after WW2, and this is true, but many families struck by tragedy, hardships, or wrong career choices, ended up in the food lines at some point. This story is not to dissimilar from many other families born in or around the Great Depression. People that prevailed during hardships learned that the only way to survive, even in modern times, was to work hard and prepare for tough times. At some point, things can and will go upside down. We are currently experiencing the longest period of world peace in human history. Yes the media is constantly telling us how bad the world is, and it is true to a certain level. There are truly bad actors in the world, and we see and hear about their destructive actions all the time. People are dying around the world in war and people are suffering, but as an overall percentage of our population fewer people die in mass today than at any other time in human history. This is your time to prepare. You save in good times for bad. Stock up on food, equipment, and supplies, you may need. The false sense of security could end tomorrow and you have to ask yourself, Are You Prepared? If history has taught us anything, it is that the world can reach a boiling point and spiral down into an abyss of despair. War, disaster, political and economic forces can create a world in which everyone fails. While western societies struggle with which Iphone to buy, the 3rd world is quickly catching up to our stages of development from our early 1900’s and they can and will repeat our mistakes. The fringe religious, the under-represented, and radical mindset, is a modern powder keg waiting for a match.

Delbert and his family did finally recover and retired in the foothills of Central California, and this is where all my early childhood memories are based.

Toilet paper makes me smile. What? How is this even a subject of this discussion? My grandfather’s giant stash of toilet paper, lends me to believe in the future. Many of us actually prepare in a time that is easy and plentiful. A time will eventually come that requires planning, preparedness, and tough decisions. A time when we’ll call on the great reserve of toilet paper we have in the closet. We prepare to survive and allow our family, children, and grandchildren, to survive whatever situation is thrust upon us. As a child, we never quite understood the closet full of toilet paper. As I became an adult, this became obviously apparent. Toilet paper was a luxury we today take for granted, and also a message about a future that will eventually come.

License Free to Share as you see fit as long as you link back to this article in source. 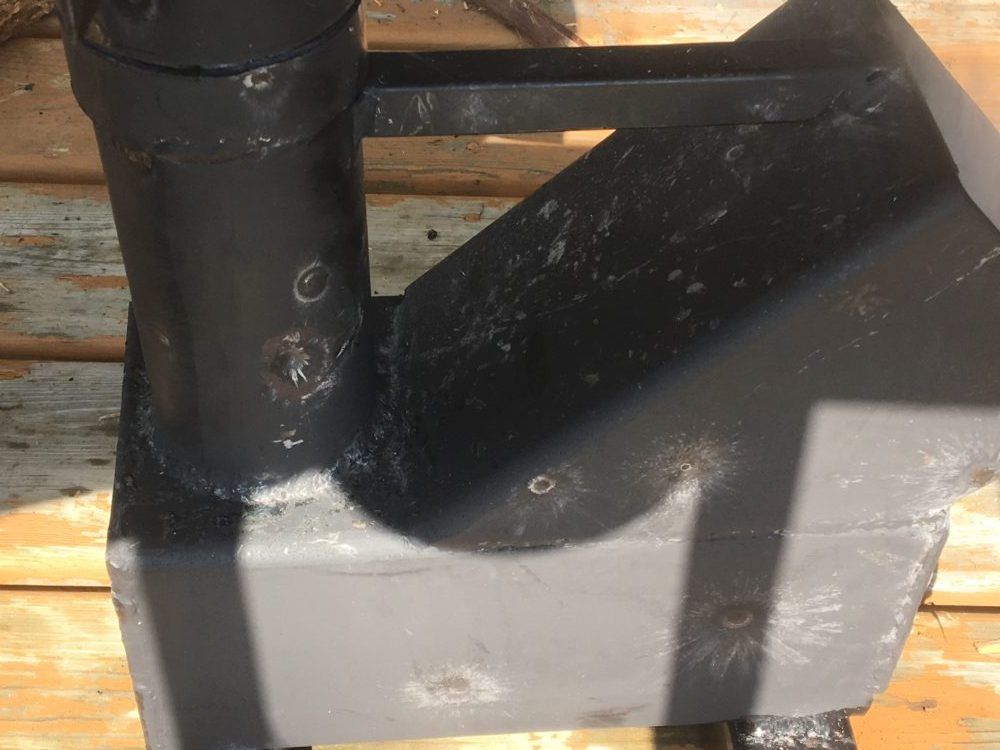 So….You have thousands of gallons of water stored in underground tanks. You and your family have 3 years worth of dehydrated this and canned that.  You have 20,000 rounds of each caliber of ammunition stored in ziploc bags, inside mylar bags, inside waterproof containers, sitting inside your custom built faraday cage, buried in the back 40.  You think you are ready to weather the storm no matter what disaster comes knocking at your doorstep.  But….many of you are not as prepared as you might think you are.  How are you going to maintain your St. Augustine/Bluegrass hybrid lawn and keep it in shape?  You’ve put so much work into this lawn, trimming the sidewalk edges with barber scissors you would never allow the kids to use to cut paper, in fear they might dull the edges.  We have solutions that will help you keep that lawn looking amazing long after the grid goes down and gas stations have dried up.

Without water you have no lawn.  You will need to take advantage of the good God almighty and his generous H2O from the heavens.  Rain barrels, Water bags, and large tote containers will be needed to redirect the roof run off.  Even though this rain may be acid rain, any water is better than no water.  You’ll have to stock up on PH testing strips and plenty of baking soda to adjust the acidity of the water to keep you from burning your beautiful green lawn.

Chickens, Chickens, Chickens.  Nitrogen means green grass and Chickens poop has high levels of nitrogen.  You should design you’re chicken run to  allow a long 2×4 board to lightly graze the top of the soil to one side of the coop so you can scoop up the poop ever so delicately without removing too much soil.  Mix you chicken poop into your composting pile and Voila….you have some of the best fertilizer you could have purchased from Home Depot, provided it was still in business.

Many of you are already thinking  goats, cows, or lamas, but you’re wrong.  Not only will they eat bare spots in your cherished St. Augustine, they will make your lawn lumpy.  Besides, who says you can’t take pride in the act of mowing your own lawn after the apocalypse.  Invest in solar powered, rechargeable, reel, mowing equipment.  Now a good reel mower will always cut you grass much better than a regular spinning blade mower, since it scissors the grass blades cleanly, instead of beating the grass leaving brown tips.  A good solar system sized for the size of your lawn is important.  You can use the formula (SqFt Lawn x 120 watts) for you solar collection and the formula (total watts of solar collector x 5 hours x Amp Hours of battery storage x number of times per week you mow) to calculate the battery size needed to keep your lawn short and luscious.

If you are on a budget and don’t have the $40,000 to drop on a high quality solar powered mowing system, but you might have 7 children of push mower pushing age, I might suggest a push mower.  Just realize with all that high quality chicken poop fertilizer you have been using, you will need each child to take a turn mowing the lawn each and every day.  After 3 days of growth the push mower will not be able to cut it ever again.

Just because the world we know it has ended, doesn’t mean we have to stop civilized.  You may want to invite the only other people in 3 states over for a re-hydrated meal one day, and you don’t want them to see you dilapidated yard.  I hope one day to drive my deuce and half through your part of the world and see and shining green lawn off in the distance and think I made a difference.