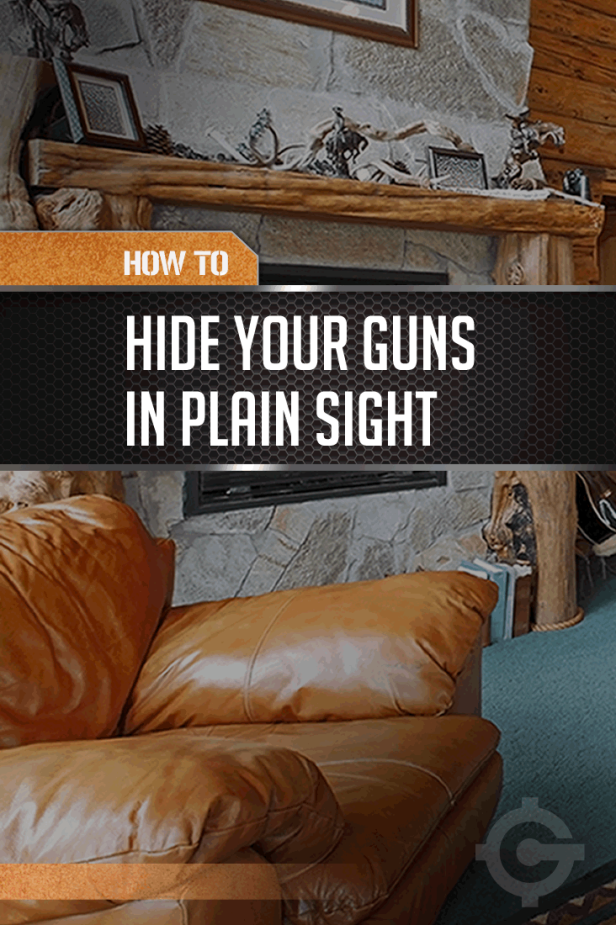 Make your own gun safes out of household objects. Knowing how and where to conceal your weapons at home in case of an emergency is very important. What’s the point in owning a gun if you can’t access it in an emergency? What happens if the predator finds your gun before you do. You’ll find the answer below.

The best way to conceal your weapons so they’re safe day in and day out, but readily accessible in an emergency.

Why Guns Are More Important Than Ever It’s easy to make fun of disaster movies, but events like Hurricane Katrina’s devastation of New Orleans are proof that as a culture, we really are only three hot meals away from anarchy. We can’t help the fact that sometimes, systems break. Tornados take out power plants, earthquakes level buildings, floods erase entire city blocks. When that happens, survival instincts kick in. People collect food, water, medicine, and whatever else they think they’ll need to make it through the disaster. It sounds so civilized when described that way. In reality, it means looting. Most people don’t stock more than 4 days of food at home. Water comes from a tap. Medicines are things we buy as needed at Walgreens. When that security is taken away, people don’t neatly line up outside a shop and wait for the manager to fill out a disaster insurance claim while his employees fairly distribute the goods within. The first wave of people show up with money and buy everything they can fit in their cars. The next wave shows up with weapons and takes whatever is left. If emergency supplies aren’t brought in from an outside source, once well stocked stores are looted, people will turn to preying on their neighbors. When an armed group of hungry thugs turns up at your door, you want to be able to greet them with a gun. Preferably, you want everyone in your family to greet them with guns. In an emergency situation, having a gun on hand isn’t just self defense. Guns can diffuse a potentially violent situation. Imagine your home town has suffered a devastating natural disaster. You’re well prepared and holed up. Desperate people, a little crazy from both hunger and fear, break into your home. If you’re defending yourself with a mix of baseball bats, a rock in a sock, and broken glass bottles, someone is going to get hurt—probably both you and them. On the other hand, if someone breaks in and you level a gun at them, they stop. If all goes well, you can now talk them into leaving. If it goes badly, you can shoot them from a distance without giving them a chance to injure you. People who would cheerfully club you over the head with a broken pipe will back away from a gun. Being armed protects both you and your potential attacker. hiding your weapons at home  [image via]

Hiding and Storing Your Weapons at Home

A gun safe is a wonderful thing for houses with children. However, if a burglar breaks into your house at 2 in the morning, you won’t have time to scramble through the dark, feed it the combination, then find and load your gun in the dark. For self defense purposes, you want your weapons where you can access them at any time. A gun safe is incredibly convenient. It’s also a good place to store your more valuable guns, any collector items, or weapons your family hasn’t trained with yet. That last part is the most important. Before you strategically hide your guns in your home, you need to make sure every single person living there knows where to find them and how to use them. If you don’t take that precaution, you might as well be arming potential attackers. A gun in the hand of someone who doesn’t know how to use it is a gift to the person they’re defending themselves from. Before you start storing your guns outside a gun safe, take everyone in your household to a firing range and make sure they know how to use, load, clean, empty, and safely store any weapon you’ll have secreted about. Once everyone in your household is trained up, you want to hide your guns where they’re easily accessible to you but not obvious to strangers. . .

So… where do you hide your guns? My secret? A box of fiber one in the cupboard… My kid’s won’t go near it, and the burglars don’t expect it.