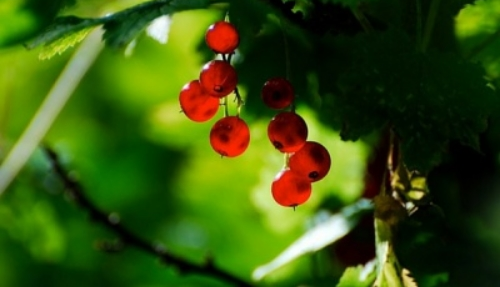 If you’ve ever been out in the woods and gathered the little burrs on your socks that annoy the crap out of you, you’ve encountered burdock. Those burrs are the seeds of the burdock plant, and are actually the inspiration behind the invention of velcro! While you wouldn’t want to eat the burrs, the root of the plant is quite edible. Soak the roots in water for 5-10 minutes to remove any muddy, pungent taste, and then boil them for 5-10 minutes (in clean water). They have a mild, sweet flavor. Dried burdock root is also considered a diuretic (increases urine production), diaphoretic (increases sweat production), and a blood purifying agent, and has been used as a holistic detoxifying agent for those reasons.

Also called “chickenwort” or “winterweed,” chickweed is a cool season plant found throughout most parts of North America and Europe. It can be eaten raw in a salad or cooked like spinach. You can eat the leaves, flowers and stems, though you should probably cook the fuzzy stems. Chickweed also contains a chemical compound called saponin, and can be toxic if eaten in large quantities, so eat it sparingly. It has been said that the plant has been used to relieve rheumatic, arthritic and period pains, and a poultice made from chickweed can be used to help heal cuts, burns, bruises and even mange.

Elderberry plants are members of the honeysuckle family and can grow up to 13 feet tall. Their berries and flowers grow together in clusters. The blue and purple colored berries are edible, but the red berries will make you sick. The white flower petals can also be eaten raw or steeped into a fragrant tea. You can also take the entire flower cluster, dip it in a tempura-style batter, and fry the whole thing. The berries and flowers are also used in herbal cold medicines.

Fiddleheads are quarter-sized green offshoots of the fern plant. They can be found in the wild primarily in the Northeast and around the Great Lakes region of North America. Left alone, they will unfurl as a new shoot from the plant. A word of caution – fiddleheads contain a mild toxin that will cause a severe upset stomach. However, cooking the plant will kill the toxin and make it safe to eat. Boil for 5 minutes or steam for 10, then sautee. Fiddleheads taste like a cross between asparagus and fresh green beans.

While it can be found in many planted landscapes, lavender can also be found in the wild. It has a sweet, perfumy flavor with a slight notes of citrus and can be eaten raw or steeped into a fragrant tea. Lavender is often used in cookies, jelly, wine, sauces, and custards. The blossoms are also a sweet addition to champagne. Lavender has also been used for restlessness, insomnia, nervousness, depression and a variety of digestive issues.

Miner’s lettuce got its name from the Gold Rush miners who (after learning the trick from the local Indians) used to eat the wild plant to stave off scurvy. Reminiscent of spinach, the plant is chock full of vitamins, deliciously crunchy, mild-tasting, and remains tender even when in flower. Although pictures usually show miner’s lettuce with a round leaf with a flower stalk in the center, early in the season the leaves are more likely to be spade-shaped. Eat the leaves raw. It’s so delicious, there’s no reason to do it any other way.

Also called “swamp cabbage,” palm hearts are harvested from the inner cores of palm trees. Palm hearts are rich in protein, iron and fiber. They can be eaten chilled in salad, braised,deep-fried, stir-fried, sauteed or boiled. Pale in color, palm hearts have a tender, delicate flavor, similar to a mild artichoke or coconut. Many upscale restaurants around the world serve hearts of palm fresh, crispy and crunchy in mixed salads and also prepared with seafood. To get to the edible palm hearts, simply peel away the outer layers. I say “simply”, but to be quite honest, I’m sure it’s not very easy to do.

Most people, especially in the Southern US, know all about pecans. If you’ve ever seen a pecan, even on top of a pie, you’d easily recognize one again. Harvesting pecans that have fallen to the ground is pains-taking, back breaking work, but is so worth it in the end (trust me – I’m speaking from lots of experience). Once found and broken free of their hard outer shell, pecans can be eaten raw. If they have a slight bitter taste, they probably don’t have all of the inner shell removed, but it’s nothing to worry about. You can also roast pecans over a fire to enhance their flavor and bring out some of the natural oils of the nut.

Nettles usually appear in the same places year after year. They are covered with tiny, nearly invisible stinging hairs that produce an intense, stinging pain, followed by redness and continued skin irritation. However, if you find them and can harvest them without getting “stung”, these plants are edible. Once cooked, they lose their sting as the hairs are cooked off of them. They can be steamed, boiled or sauteed. They are full of vitamins and minerals, and are actually a decent source of protein, too! They have a very mild woodsy flavor.

Wild ginger grows in colonies on forest floors underneath trees. The leaves grow in pairs, and are heart-shaped and have the appearance of ivy. During the early spring, you may find flowers growing from the crotch of the leaf pairs. These flowers are very unique and have no actual petals, but are burgandy in appearance. The roots of the plant can be eaten as a ginger substitute and the leaves can be steeped into a tea. HOWEVER- eat wild ginger in strict moderation. Do NOT eat it by the handfuls as there is a slight toxic quality when eaten in large quantities. Think of it more as a seasoning for your wild edible salad instead of a main ingredient.

WARNING: Identification and use of wild plants requires particular care and attention. Never eat any plant unless you are absolutely sure that it is edible! It is a good idea to cross-reference your knowledge with a book written by an expert. The information in this article is for educational purposes only. It is not intended as a substitute for medical advice, diagnosis, or treatment. The author assumes no responsibility whatsoever for any adverse effects encountered by the individual. Please harvest wild edibles at your own risk! As with any foraged food, make sure the plant has not been sprayed with any chemicals and is not growing anywhere that toxic waste is dumped. Try to avoid plants grown too close to the roadways as they tend to contain too much dust and automotive exhaust.