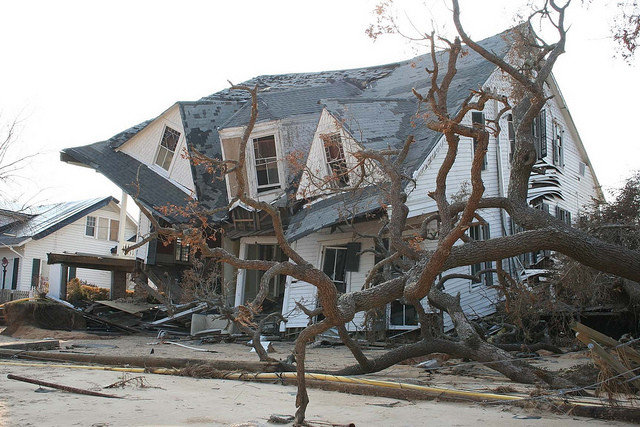 After Hurricane Katrina took over 1,800 lives and left a trail of devastation, you’d think that people would have learned their lesson. But, when Hurricanes Ike, Irene, Eresto, and Sandy struck (amongst the many other hurricanes and tropical storms which have hit the United States in the past decade), the local residents and governments were overwhelmingly unprepared. Take a lesson from history and learn how to survive a hurricane – before it is too late!

Truth: You Aren’t As Prepared As You Think

Many people of coastal towns think that they have done a good job of preparing for a hurricane. But, in reality, they often haven’t done more than stock up some non-perishable foods.

Unless you plan on making a floatation device out of your boxes of Cheerios, this isn’t going to save your life!

Disaster planning requires a multifaceted approach. If you want to really be ready to survive a hurricane, then you need to ask yourself questions like:

If you can’t answer all of these questions, then you aren’t prepared to survive a hurricane!

Truth: You Don’t Know What to Expect

When hurricane winds of 75+ miles per hour hit, you can expect broken tree branches, downed power lines, and large tidal waves. But, with any disaster, there is a lot that we can’t predict.

For example, 6 unarmed people were shot by the police at Danziger Bridge in New Orleans as they looked for food and supplies. The police said they were protecting the community from looters. But, in the chaos, the police were strained and opened fire on civilians – the very people they were supposed to protect.  This is just one example of how disasters can spiral out of control and create other disasters.

Truth: You Are More Vulnerable than You Think

If you live on the coast, then you are probably aware of the risk of hurricanes and have taken some effort to prepare. But it is actually the people who live inland who suffer the most casualties from hurricanes. Yes, that’s right: 60% of hurricane deaths occur inland and away from the ocean!

The deaths occur because of flash flooding, mudslides, and tornadoes which are caused by the heavy rainfall and winds. So don’t think you are safe just because you are away from the coast.

The majority of deaths from hurricanes occur because people did something careless.

Or they did something downright stupid. Like taking a “walk” to the coast to see how big the waves are.

For example, during Hurricane Sandy, 8% of deaths were due to carbon monoxide poisoning. This occurred when people used generators in their homes, but without proper venting or a carbon monoxide detector. Use of propane heaters and lamps can also cause carbon monoxide.

Some common “careless” causes of death in the aftermath of hurricanes include:

How to Survive a Hurricane: What You Should Do

Preparation Steps before the Hurricane

Steps When a Hurricane Watch is in Place

Steps When Hurricane Warning is in Place

Steps After the Hurricane Has Passed