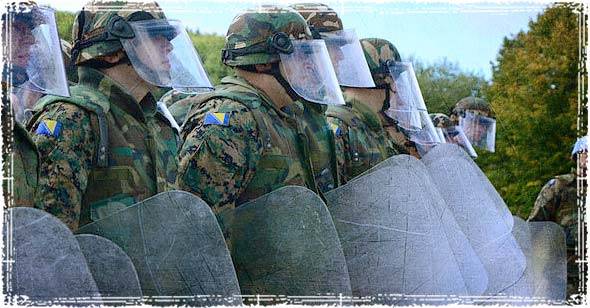 From the riots and looting in Baltimore and Ferguson, to the widespread chaos that’s sweeping throughout Europe and the Middle East, the world seems to have reached a boiling point where one little spark can cause things to go bad rather quickly.

Because this is one of the top threats we face, you need to have a plan in place to protect yourself and your loved ones from these types of events. As we’ve witnessed recently, these types of violent events can break out just about anywhere in the world, even in your once peaceful neighborhood.

Social Unrest is a real Threat

Civil disturbances are pretty common in areas of the world with histories of political instability, but up until recently, it wasn’t something that most Americans thought of. Unfortunately, we have reached a point in this country where the slightest perceived outrage can quickly devolve into a full blown riot.

Tensions throughout this country have been high for some time now; between local police forces that look like mini-military units, and groups of violent criminals looking to spread their chaos through fake street demonstrations, these types of events are becoming far too common.

Some things to consider:

So what should you do if you find yourself in the middle of a full-blown riot?

The first thing that you want to do is quickly assess the situation. These types of events can break out quickly, and over the last couple of years violent flash mobs have even started targeting malls, grocery stores, and places where you would never expect a riot to break out.

After assessing the situation, I advise you take the following steps:

If you have an easy way out, take it now

The last thing you want to do is get caught up in the middle of the storm. If you are near an escape route, get out as fast as possible. Also, keep in mind law enforcement has no idea if you are part of the threat, so be careful when approaching police officers.

Become a Grey Man: Look like part of the crowd

If you were not able to make a quick exit, the first thing you want to do is look like you are part of the crowd — something known as becoming a “grey man”.

Don’t do anything stupid that’s going to get you arrested, but you want to look like you are part of the crowd. Now is not the time to voice your opinion, or prove some political point. If someone tries engaging you in conversation, mirror what they are saying and let them think you are on their side.

By blending into the chaos, and not drawing direct attention to yourself, you’re less likely to become a target. Just remember, you are only doing this until you find a safe route out.

Although this may seem counter-intuitive, you are going to want to avoid law enforcement. The police have absolutely no way of knowing whether you’re a threat or someone who just got caught up in the chaos.

Once the riot police show up, you need to realize that in their eyes you are probably a threat. Once things go bad, you could be hurt by either side so you need to put space in between yourself and the police line and realize that going towards the police is probably not the best escape plan.

Be aware and ready for an attack

Don’t get caught up in the chaos

How many times have you been stuck in traffic, only to find out the crash was on the other side? We see it every day, for some reason, people are drawn towards disasters. It’s human nature to want to look at the accident.

Don’t make that mistake during a riot situation. I don’t care how safe or protected you think you are when things start going bad your first priority is to make your way to safety. If you’re that curious about what happened you can watch the action on the evening news.

Go with the flow

Think of the crowd as a large raging river. The best way to get out of a river is to swim with the current and slowly make your way to the edge. The same is true when stuck in the middle of a crowd.

A thought on using your firearm or a weapon: I think always being armed is a good thing, but pulling a gun out in the middle of a riot might not be the smartest idea. Unless you’re physically being attacked, it’s better to slip away unnoticed. Don’t try to scare the crowd away you’re your gun. That being said, if you are being physically attacked or threatened with attack all rules are out the window.

Categories: Be Prepared, Emergency, How To, Survival
Tags: How to, move with caution, riot, run away from the riot
Leave a Reply Cancel reply