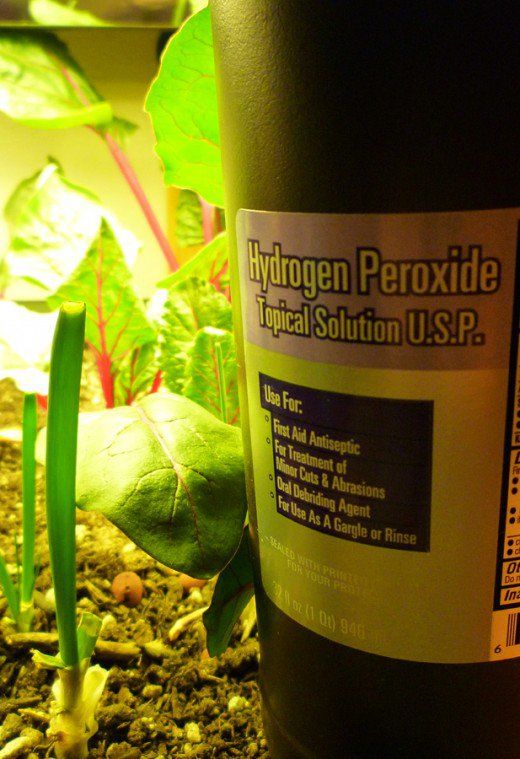 How & Why Hydrogen Peroxide is So Useful

Overwatering causes the shortage of Oxygen at the root zone. If you overwater the plant, the water fills the air spaces in soil and the plant’s roots suffocate due to the lack of air and they begin to die after 24 hours. To save such a plant from this problem, water it thoroughly with 3% hydrogen peroxide mixed in 1 quart of water. The extra oxygen in the hydrogen peroxide provides the roots their much-needed oxygen to survive. After this, don’t water the plant until top 1 or 2 inches of soil dries out well.

You can use hydrogen peroxide to help seeds germinate more quickly. Hydrogen peroxide softens the coat of seeds and kills any pathogen present on seed coat thus increase the germination rate and help the seed germinate faster. Soak your seeds in a 3% hydrogen peroxide for 30 minutes. Rinse the seeds several times with water before planting and plant them as usual.

3. Hydrogen Peroxide for Mold and Mildew

Hydrogen peroxide has an oxidizing property that is fatal for mold and mildew. Mix a liter of water with 10 tablespoons of 3 to 6% hydrogen peroxide depending on the level of infection. Spray this solution on plants daily until the fungus disappears.

4. Hydrogen Peroxide as a Fertilizer

Use hydrogen peroxide to help strengthen the root system of your plants. Hydrogen peroxide has one extra oxygen molecule (than water) that helps plant’s roots to absorb nutrients from soil more effectively, you can use this formula occasionally to boost the growth– Mix about 1 teaspoon of 3% Hydrogen peroxide with 1 gallon of water.

5. To Keep Pests Away