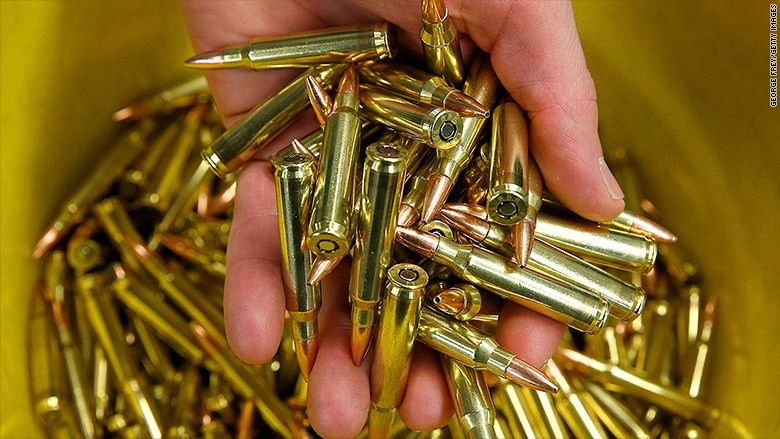 Ammunition selection can be one of the most intimidating challenges facing a new shooter or firearm owner. Manufacturers produce an array of different loads, with each one varying in some way from the others. Projectile weight, projectile type, velocity and other factors all differ, even among loads designed for the same firearm.

Fortunately, making sense of the diverse ammo offered by manufacturers is not as difficult as some might believe. Once you understand the various kinds of ammunition available and how they perform, you can easily select ammo to fit your intended purposes.

For new shooters trying to understand how to properly choose ammo for a specific application, below are explanations for what makes good target/training, personal defense, and hunting loads. For each category, there are also example loads given for each type of firearm: handgun, rifle and shotgun.

Target Practice/Training
Whether you’re a serious shooter planning to spend a lot of time on the range or a casual plinker who shoots a few times a year, you’ll need ammo to fuel your chosen firearm. In most cases, this means buying a widely available and relatively inexpensive load.

For rifles and handguns, the cheapest cartridges, or complete loaded rounds of ammunition, are those featuring a full metal jacket (FMJ) projectile. An FMJ bullet incorporates a soft core (usually lead) encased in a shell of harder metal and requires less manufacturing than the bullets used in other more complex self-defense and hunting loads. This makes FMJs less expensive to produce and therefore cheaper for the customer.

With shotgun ammunition, the least expensive shells are typically lightweight target loads in No. 7 ½ shot and smaller (the higher the number, the smaller the shot). These shells are 2 ¾ inches in length and around 1 ounce in payload weight. The projectiles, called pellets, are normally lead, although some states and ranges require the use of steel shot.

In addition to cost, another important factor for target or training ammunition is how much recoil it produces. If you plan on spending any significant amount of time shooting, you’ll want a light-recoiling load that won’t wear down your hands or your shoulder. Small-bore rimfire cartridges are great in this regard, especially for new shooters who might be unfamiliar with or intimidated by recoil. It’s best to avoid magnum loads if possible.

Overall, ammunition used for general plinking, target practice and training is reasonably accurate and doesn’t break the bank, or your body.

Personal Defense
Although cost remains a consideration for many shooters when buying personal defense ammo, of far greater concern is the ammunition’s terminal performance. When your life, or the lives of your family, is threatened, you want a load that will reliably stop that threat as quickly as possible. The most effective way to do that is to use a load that impacts the target with a lot of energy and produces the greatest amount of damage.

With rifles and handguns, this means using cartridges with a hollow-point projectile. A hollow-point bullet features a cavity in its tip designed to make the projectile expand on impact.

This expansion is key for two reasons. First, it generates a larger wound channel on the target, which increases damage. Second, it controls the amount of penetration to keep the round inside the target, which reduces the chances of harming innocent bystanders and transfers all the bullet’s kinetic energy into the target.

With shotguns, the best option are buckshot loads, as they use pellets large enough to cause serious damage. While other loads, including birdshot, may be used for self-defense, they are far less likely to provide an immediate end to the threat.

In any personal defense scenario, you want a reliable load that transfers as much energy and damage as possible without over-penetration. This ensures a quick end to a dangerous situation, and harms nothing but the target.

Hunting
As with personal defense scenarios, the most important thing when it comes to hunting ammunition is using projectiles that quickly and humanely bring down the target. Reliable bullet expansion and retained kinetic energy remain large aspects of this, which is why rifle and handgun hunters — as well as shotgunners using slugs — similarly use expanding hollow point or soft point projectiles (FMJ projectiles should never be used in hunting as they will likely penetrate straight through the animal, without generating enough damage to humanely kill it).

Regardless of what you’re pursuing, the highest priority in selecting ammo for hunting should always be ensuring the cartridge or shotgun shell you choose is powerful enough to ensure an ethical kill. Using a cartridge without sufficient power is bad for the animal if it’s wounded, and, if hunting dangerous game, can put the hunter at risk, too. If you can’t decide between two cartridges, it’s best to err on the side of more power.

Caliber or gauge is certainly important when it comes to ammo selection, but often the biggest difference between two loads is the actual object or objects being propelled downrange. This is likely truer with rifle and handgun ammo than shotgun ammo because they use cartridges with single projectiles, whereas shotgun shells can contain anything from a single slug to hundreds of pellets.

With rifle and handgun cartridges there are basically two broad types of bullets: full metal jacket (FMJ) and hollow-point. There are other kinds of projectiles as well as variations of these two designs, but for beginners these are the easiest to understand.

FMJs, which feature a soft core (usually lead) encased in a shell of harder metal, are inexpensive and great for target practice and general plinking. Hollow-point bullets, which expand on impact, are far better for personal defense and hunting because they produce larger wound channels on the target, resulting in greater damage.

For selecting shotgun ammo, the projectile (or projectiles) remains the primary concern. Aside from slugs designed for hunting, projectiles in shotgun shells — called pellets, or shot — are categorized according to their shot size. As with measuring gauge, shot size utilizes an inverse scale; the larger the shot size number, the smaller each individual pellet will be (No. 7 shot is smaller than No. 2 shot).

In general, No. 7 and higher shot are great for target shooting or hunting some small game animals, while shot sizes No. 6 and lower cover a variety of hunting scenarios. Buckshot is excellent for self-defense purposes, as well as predator and hog hunting, and shotgun slugs are ideal for hunting deer and larger game.

2 thoughts on “Picking the Right Ammunition”