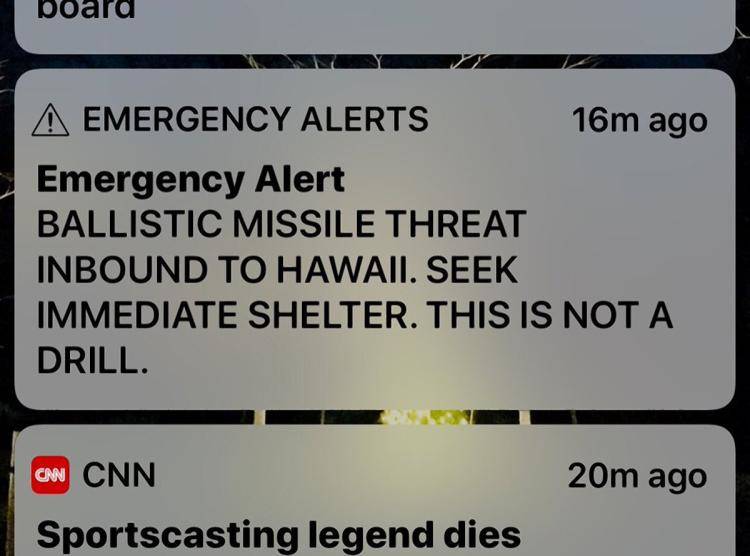 Residence of Hawaii had a wake up call and many in the press and government are calling this delayed warning a horrible event, but I disagree.

Chairman of the FCC Ajit Paisaid

“The false emergency alert sent yesterday in Hawaii was absolutely unacceptable,” the chairman said. “It caused a wave of panic across the state — worsened by the 38-minute delay before a correction alert was issued.”

Pai added the false alerts, believed to have been caused by human error, “undermine public confidence in the alerting system and thus reduce their effectiveness during real emergencies.”

I contend, “Why shouldn’t we keep people on their toes?”  Reports that people were “freaking out” and in a state of “panic”, can lead to some good and people may realise that to live their lives in a “Daily Fog” or “LaLa Land”, can lead to being unprepared for a real emergency.  It is time to think about the possibilities of a real disaster or attack.

Have we grown so complacent in our world, that we get upset at a false alarm, when this in fact is a real world reality check.  Wake up and recognize that we live in a modern world that has forgotten that disaster and strife can affect us.