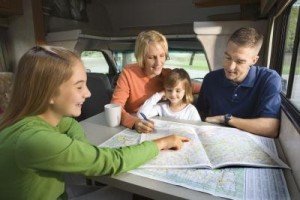 How old should a child be before they start prepping?  I’m asked this question occasionally and I don’t have a specific age per se but I do have some thoughts on the matter.

Generally I think parents should teach their children to be self sufficient and independent from a very early age.  These are just plain old good life
skills that everyone needs to get by.  It’s a plus that preppers are better off when they naturally possess these traits as well.

I’m also of the opinion that learning more specific prepping skills is important as well when it comes to things like camping, fishing, gardening, et cetera…  There are skills and knowledge involved with all of these things that can literally take a lifetime to learn.  Those that start early certainly have a leg up on those who wait until later in life to pick up these hobbies.  Much of what is involved in becoming a good camper, fisherman, or gardener is trial and error.  Learning from your mistakes at an early age is much easier than as an adult in a possible do-or-die situation.

There are other skills like cooking, carpentry and other trades that become more appropriate as a child gets a little older.  I’m all for early learning but we don’t need the house burned down or any missing fingers from saws or hammers…

Which brings us to the question of firearms.  When I was a kid the rule in my house was I was allowed to handle firearms with adult supervision once I was 10.  I had to take a safety class first of course.  When I turned 12  I got my very own BB gun that I was allowed to roam the woods behind our house with plinking cans and chasing squirrels.  In my family today I follow a similar standard.  I know many will say that they are in favor of teaching kids to use firearms at a much younger age and to that I say, to each his own as long as you’re safe.

While I just gave a lengthy answer to the question of How old a child should be before they start prepping, I didn’t address the point I really want to harp on here.  And it’s my blog so I’ll harp all I want.  That point is, while I just explained when I would start teaching a child the skills needed to be a good prepper I never talked about alerting the child to the realities of Why we need to prep.

Beginning prepping for a child isn’t that much different than joining the Boy Scouts or 4H.  What’s the Boy Scout’s motto?  Always Be Prepared.  Yes, that’s what I’m talking about.  However, sitting a child down and talking about what happens when the SHTF or TEOTWAWKI is a different thing altogether.  In my opinion there’s absolutely no reason to scare a child by filling their head with scary possibilities for the future.  Every week there are parents cramming five year olds into hazmat suits while the kids barely hold back tears.  Pathetic.

So, while I believe prepping should be almost automatic and start from a very early age I also believe the reasons behind it can be held back until a person is old enough to handle the realities. 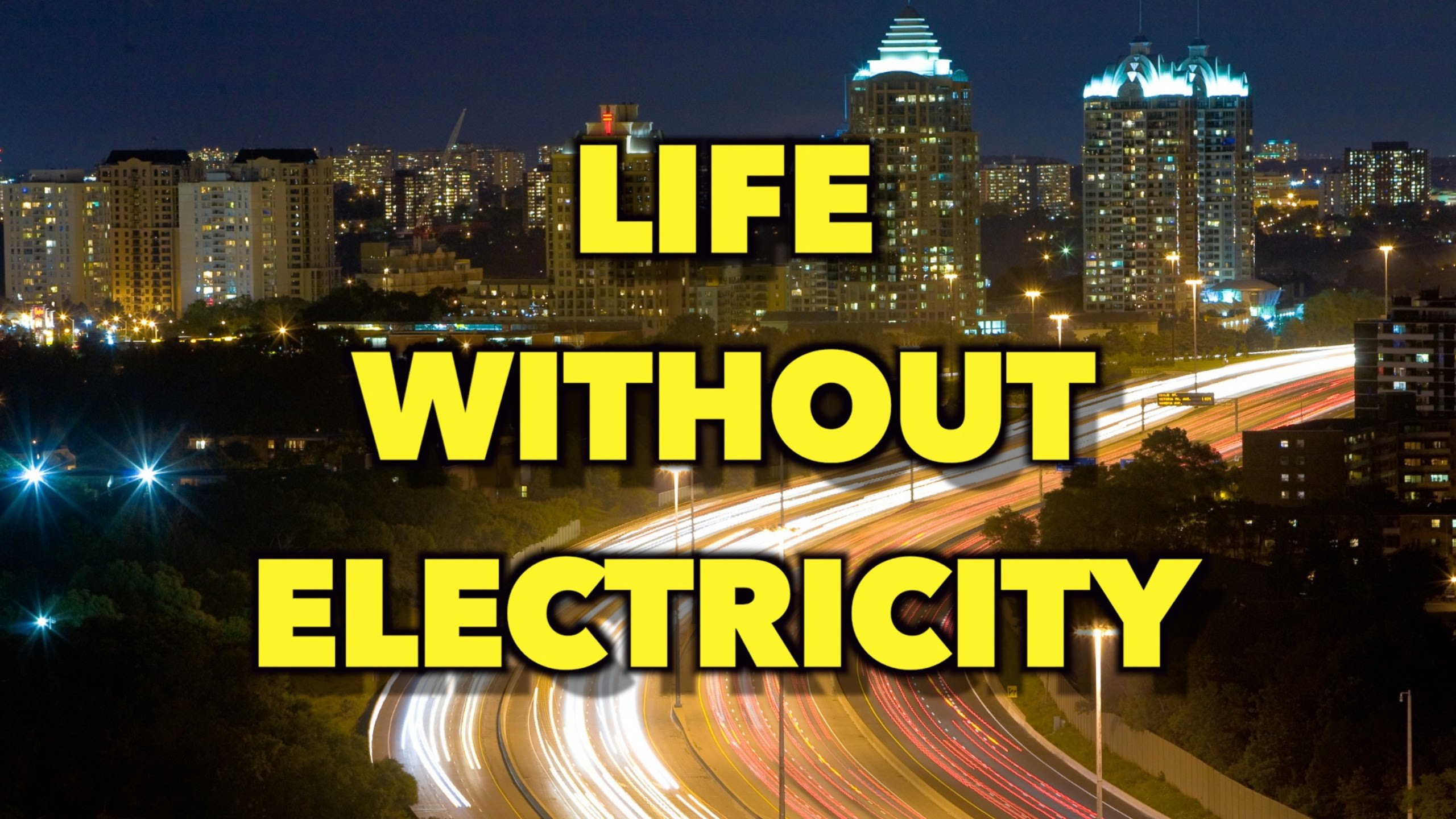 Huh?
What about it?

After ninety days, or thereabouts, most of the unprepared people will have died off from a lack of food and possibly adequate shelter.

Not all will be dead at this point. There will be those who survive, those who banded together and withstood the onslaughts of the displaced and starving masses. They were prepared to turn back those who had no important skills to offer, no supplies to share. They will be located in areas where ingress and egress can be controlled tightly.

The others that survived, the raiders, they are mostly the strong and the predatory. They were the shady characters that inhabited the inner city, preying on the weak there. They have no morals against taking what they want and killing those who stand in their way. Gang members and such come to mind.

And then the worst of the worst: those who have turned to eating their own kind in order to survive. They will be hated and killed when discovered by all other groups of survivors.

Within 2 weeks of the crash the cities will begin to tear themselves apart as different groups of people fight for precious dwindling resources. Only the very adaptable will be able to survive there. Things will most likely hold together until the first paycheck welfare check fails to materialize. Then watch out!

In the beginning the government may try to bring the chaos under control, but they will be vastly outnumbered by desperate people, trying to get food. Eventually they will retreat back to critical infrastructure in an effort to protect it from the destruction.

The first to die will be the sick and elderly who are dependent upon healthcare workers and caretakers for their daily existence. After the end of the 1st week, they will be left to die by those same workers, as they leave to see to their own family’s welfare. Perhaps not all will have left, but those who remain will soon be overwhelmed trying to take care of just a fraction of those needing care. After the second week, a large portion of the sick and elderly will have died. There is no one left to bury them. Their rooms become their mausoleums.

Because of just in time inventory management, all stores concerned with disbursement of household consumables will be empty in record time. One has only to look at what happens just before a hurricane or a Black Friday sales event to imagine what it will be like come the collapse. As soon as the people become aware, the stampede to “get some” supplies will empty store shelves. Two weeks after the collapse, the store owners will not even go there anymore as there will be no resupply and to be out on the streets is to invite swift death at the hands of the roving gangs.

Most available food will be consumed by week three and people will begin to hunt the small creatures that live in their neighborhoods. Dogs, cats, various non-standard pets, birds, rats etc… If it moves, it will be considered for the stew-pot. Expect the city pigeon population to dwindle quickly.

Even if the Government manages to open a few stores to ration out supplies, the gangs will post lookouts at the stores and they will report what vehicles loaded what supplies to the raider groups that will follow them home and steal it from them later, or perhaps immediately depending on the location and situation.

If you were to evacuate your home for at least ninety days, you might be able to come home to a semi-intact structure. If you are lucky, only your unprotected windows will be broken out. If you are unlucky you might find your home a burnt out shell. A possible strategy might be to leave a little food behind so that those who will break in (and they will) might be appeased and not vandalize the structure.

Now how does one survive these ensuing 90+ days? You will need to be mobile after the crash.

So the plan would be as follows:

Cache the greater part of your survival goods in various locations. Include in these caches, a large quantity of vegetable seeds.

In your main cache, store materials and plastic for a greenhouse(s). Not only can you raise food in it, you can also shelter in it if needed.

Acquire good quality hiking gear for each member of your family; shoes, packs, sleeping gear, mess equipment, etc… Army surplus is good durable equipment, built to last but heavier than civy gear for the most part.

If your group is larger than two, carry a variety of weapons. First consideration should be the crossbow, a compound bow, an air rifle (1000+ FPS) and a slingshot. Their ability to kill nearly silently is a great benefit. Since your ability to remain undiscovered is imperative to your survival, remaining in the deep forest is your best choice. Fancy scoped bolt rifles are of not much use in areas in which visibility is limited to under 50 yards. Here is where the lever action rifle comes into its own. It is also a good area for the shotgun and .22 LR. Whatever you choose to carry, have the appropriate ammo for it in a sufficient quantity.

You need to have a series of caches with enough supplies to sustain you for these ninety days. Your food should be high calorie as you will need the fuel to sustain you as you move about. At least 1 of each days meals should require no preparation as you may need to eat it on the move. More would be desired if possible. Each cache should supply your group with 2 weeks worth of food and other essentials.

If you are pursued, those following you may have little or no food, thus limiting their energy expenditures. Since you are able to eat on the move, you gain precious ground with each hour. Hopefully they are weakened by hunger and unable to pursue for long.

It would be wise to carry a small radio capable of receiving AM/FM/Shortwave/NOAA bands so that you can try to stay informed on what is happening. There is no guarantee that broadcasting will continue on the commercial bands, but shortwave will hopefully continue.

The use of mapping software can greatly help in planning routes and locations, and can download this info to various GPS devices. Electronic devices should not be relied upon solely to do your navigating, so a good compass and maps should be part of your gear. If you don’t know how to navigate by compass, yesterday is a good time to start learning. Find and make friends with a Boy Scout. Look for local classes, perhaps a class at your local hiking group or Search and Rescue group.

Categories: Advice, Be Prepared, Emergency
Tags: 90 days, are you prepared, Food, Shelter, survive or die, trust no one, water, who is alive and who isn't