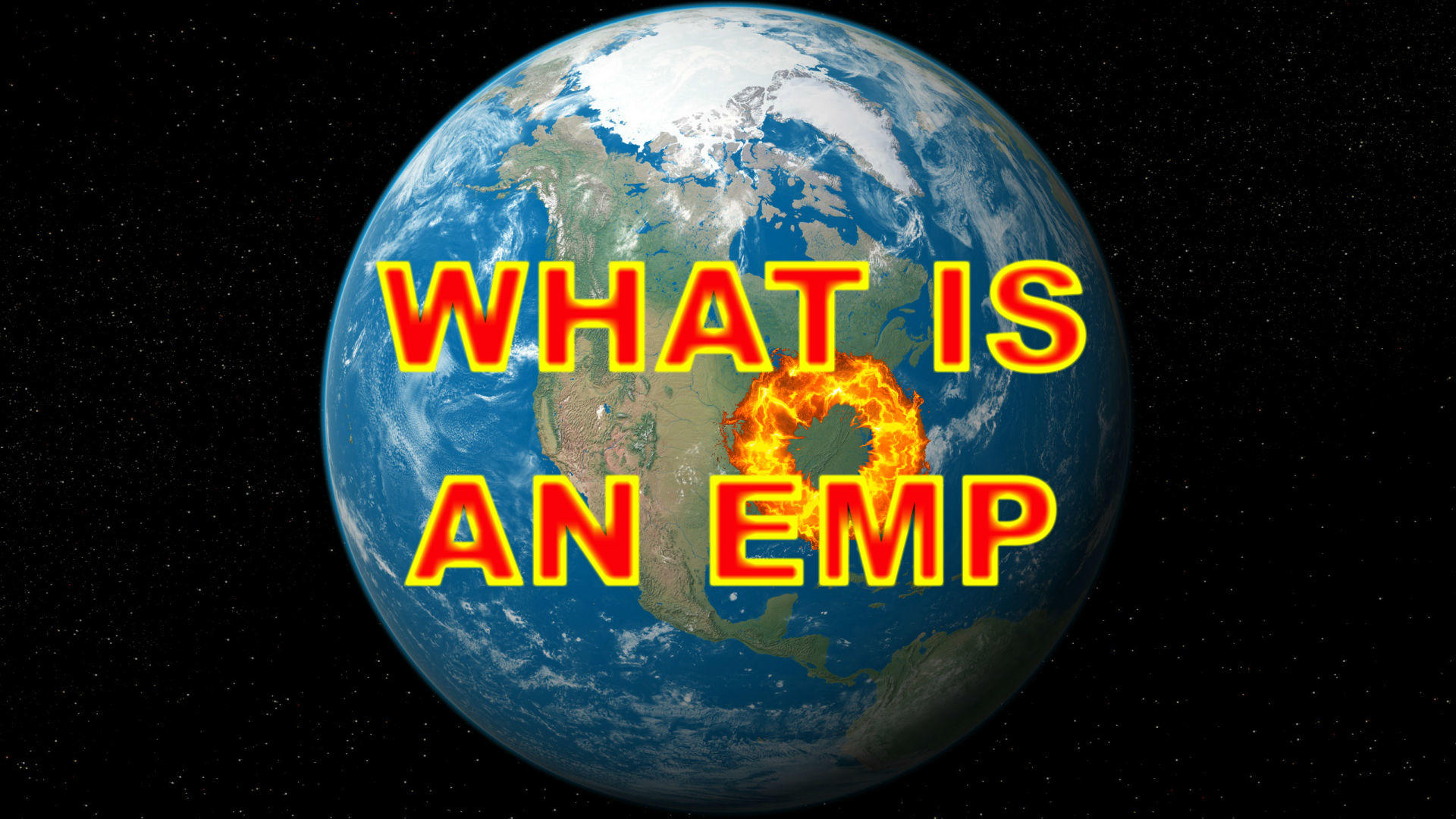 This page is based upon a section that I wrote for Wikipedia.  Since future modifications to that article are out of my control, I thought it would be a good idea to archive that material on this web site.

The three components of nuclear EMP, as defined by the IEC, are called E1, E2 and E3.

The E1 pulse is the very fast component of nuclear EMP.   The E1 component is a very brief but intense electromagnetic field that can quickly induce very high voltages in electrical conductors.   The E1 component causes most of its damage by causing electrical breakdown voltages to be exceeded.   E1 is the component that can destroy computers and communications equipment; and it changes too fast for ordinary lightning protectors to provide effective protection against it.   Consumer transient protectors are becoming increasingly able to handle faster rise-time pulses, though.   There are special transient protectors that are fast enough to suppress nuclear EMP.

The E1 component is produced when gamma radiation from the nuclear detonation knocks electrons out of the atoms in the upper atmosphere.   The electrons begin to travel in a generally downward direction at relativistic speeds (more than 90 percent of the speed of light).   In the absence of a magnetic field, this would produce a large pulse of electric current vertically in the upper atmosphere over the entire affected area.   The Earth’s magnetic field acts on these electrons to change the direction of electron flow to a right angle to the geomagnetic field.   This interaction of the Earth’s magnetic field and the downward electron flow produces a very large, but very brief, electromagnetic pulse over the affected area.2

Physicist Conrad Longmire has given numerical values for a typical case of the E1 pulse produced by a second generation nuclear weapon such as those used in high altitude tests of Operation Fishbowl in 1962.   According to Longmire, the typical gamma rays given off by the weapon have an energy of about 2 MEV (million electron volts).   When these gamma rays collide with atoms in the mid-stratosphere, the gamma rays knock out electrons.   This is known as the Compton effect, and the resulting electrons produce an electric current that is known as the Compton current.   The gamma rays transfer about half of their energy to the electrons, so these initial electrons have an energy of about 1 MEV.   This causes the electrons to begin to travel in a generally downward direction at about 94 percent of the speed of light.   Relativistic effects cause the mass of these high energy electrons to increase to about 3 times their normal rest mass.2

If there were no geomagnetic field, and no additional atoms in the lower atmosphere for additional collisions, the electrons would continue to travel downward with an average current density in the stratosphere of about 48 amperes per square meter.2

Because of the downward tilt of the Earth’s magnetic field at high latitudes, the area of peak field strength is a U-shaped region to the equatorial side of the nuclear detonation.   For nuclear detonations over the continental United States, this U-shaped region is south of the detonation point.   Near the equator, where the Earth’s magnetic field is more nearly horizontal, the E1 field strength is more nearly symmetrical around the burst location.

This interaction of the very rapidly moving negatively charged electrons with the magnetic field radiates a pulse of electromagnetic energy.   The pulse typically rises to its peak value in about 5 nanoseconds.   The magnitude of this pulse typically decays to half of its peak value within 200 nanoseconds.   (By the IEC definition, this E1 pulse is ended at one microsecond (1000 nanoseconds) after it begins.)   This process occurs simultaneously with about 1025 other electrons.2

There are a number of secondary collisions which cause the subsequent electrons to lose energy before they reach ground level.   The electrons generated by these subsequent collisions have such reduced energy that they do not contribute significantly to the E1 pulse.2

These 2 MEV gamma rays will normally produce an E1 pulse near ground level at moderately high latitudes that peaks at about 50,000 volts per meter.   This is a peak power density of 6.6 megawatts per square meter.

The process of the gamma rays knocking electrons out of the atoms in the mid-stratosphere causes this region of the atmosphere to become an electrical conductor due to ionization, a process which blocks the production of further electromagnetic signals and causes the field strength to saturate at about 50,000 volts per meter.   The strength of the E1 pulse depends upon the number and intensity of the gamma rays produced by the weapon and upon the rapidity of the gamma ray burst from the weapon.   The strength of the E1 pulse is also somewhat dependent upon the altitude of the detonation.

There are many reports of super-EMP nuclear weapons that are able to overcome the 50,000 volt per meter limit by the very nearly instantaneous release of a burst of gamma radiation of much higher energy levels than are known to be produced by second generation nuclear weapons.   The construction details of these weapons are classified, and therefore cannot be confirmed by scientists in the open scientific literature.3

According to the United States EMP Commission, the main potential problem with the E2 component is the fact that it immediately follows the E1 component, which may have damaged the devices that would normally protect against E2.

According to the EMP Commission Executive Report of 2004, “In general, it would not be an issue for critical infrastructure systems since they have existing protective measures for defense against occasional lightning strikes.  The most significant risk is synergistic, because the E2 component follows a small fraction of a second after the first component’s insult, which has the ability to impair or destroy many protective and control features.  The energy associated with the second component thus may be allowed to pass into and damage systems.”3

The E3 component is very different from the other two major components of nuclear EMP.   The E3 component of the pulse is a very slow pulse, lasting tens to hundreds of seconds, that is caused by the nuclear detonation heaving the Earth’s magnetic field out of the way, followed by the restoration of the magnetic field to its natural place.   The E3 component has similarities to a geomagnetic storm caused by a very severe solar coronal mass ejection (CME).4, 5, 6    Like a geomagnetic storm, E3 can produce geomagnetically induced currents in long electrical conductors, which can then damage or destroy components such as power line transformers.5  These currents are often called quasi-DC currents because they resemble the direct current from a battery more than what most people think of as a pulse.  Nearly all of the damage from E3 in modern systems occurs to the AC power grid, which is generally not designed to handle direct currents, especially in critical devices such as power transformers.

3.  Report of the Commission to Assess the Threat to the United States from Electromagnetic Pulse (EMP) Attack.  Volume 1. Executive Report. 2004. Page 6.

5.  Report of the Commission to Assess the Threat to the United States from Electromagnetic Pulse (EMP) Attack.

6.  Meta-R-321:  The Late-Time (E3) High-Altitude Electromagnetic Pulse (HEMP) and Its Impact on the U.S. Power Grid  by James Gilbert, John Kappenman, William Radasky and Edward SavageBack to the Index of Futurescience EMP pages.