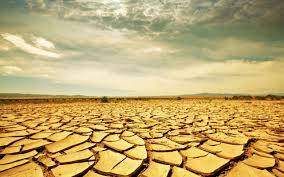 Rainwater and snowmelt are the primary sources of all drinking water on the planet. Rainwater harvesting is the practice of collecting the water produced during rainfall events before it has a chance to run off into a river or stream or soak into the ground and become groundwater. Rainwater harvesting can be classified into two broad categories: land-based and roof-based. Land-based rainwater harvesting occurs when rainwater runoff from the land is collected in ponds and small reservoirs before it has a chance to reach a river or stream. Roof-based harvesting, on the other hand, involves collecting the rainwater that falls on a roof before the water even reaches the ground. Although roof-based systems generally produce water with lower levels of chemical and biological contaminants, the water produced by both systems is subject to contamination and must be properly treated before it can be used. The level of treatment you need to provide depends, to a great extent, on whether you will be using the water for potable purposes (such as drinking, food preparation, bathing, and dish- or hand-washing) or for nonpotable purposes (such as toilet flushing, clothes washing, and watering). Obviously, rainwater that is intended for potable purposes must receive a higher level of treatment than rainwater that is intended for irrigation purposes.

Government does not set minimum treatment requirements for rainwater that will be used as a drinking water source for a single household nor do they regulate nonpotable uses of rainwater.

What Kinds of Contaminants Can Be Found in Rainwater?
Rainwater and snowfall are the ultimate sources of all drinking water on the planet. Rainwater and melted snow runs off the land and collects in lakes and rivers. They also seep through the ground and recharge the aquifers that supply drinking water wells. Regardless of where you currently obtain your drinking water, it originally fell from the sky.
The water in a raindrop is one of the cleanest sources of water available. Rainwater can absorb gases such as carbon dioxide, oxygen, nitrogen dioxide, and sulfur dioxide from the atmosphere. It can also capture soot and other microscopic particulates as it falls through the sky. Nevertheless, rainwater is almost 100% pure water before it reaches the ground.
Pure water is considered the universal solvent; it can absorb or dissolve contaminants from almost anything it comes into contact with. That is why it is especially important to design and operate your system so that the rainwater picks up as few contaminants as possible before you consume it.
Debris
We use the term “debris” to describe any contaminant that you can see. Debris includes leaves and twigs, dust and dirt, bird and animal droppings, insects, and other visible material. Although debris obviously reduces the aesthetic quality of the water, it can also pose unseen chemical and biological health threats. For example, leaves and dust can contain unseen chemical contaminants such as herbicides and pesticides. Similarly, bird and animal droppings can contain microscopic parasites, bacteria, and viruses.
Chemical Contaminants
Although rainwater can be contaminated by absorbing airborne chemicals, most of the chemicals present in harvested rainwater are introduced during collection, treatment, and distribution. By properly designing and operating your rainwater harvesting system, you can minimize your exposure to a variety of chemical contaminants that include organic chemicals, such as volatile and synthetic organics, and inorganic chemicals, such as minerals and metals.
Volatile Organic Chemicals
Volatile organic chemicals (VOCs) can be introduced when rainwater comes into contact with
materials containing refined organic products. These VOC sources include plastics, glues, and
solvents, as well as gasoline, greases, and oils. Most VOC contamination at rainwater systems
occurs because the materials used to construct the system were not manufactured specifically
for drinking water applications; these materials may not meet the standards set for potable
water products and may release undesirable levels of VOCs into the water. Although most VOC
contamination results from improper construction practices, VOC contamination can also occur when raindrops fall through an atmosphere containing gasoline or solvent vapors.

COMMISSION ON ENVIRONMENTAL QUALITY
Harvesting, Storing, and Treating Rainwater for Domestic Use
Synthetic Organic Chemicals
Synthetic organic chemicals (SOCs) are chemicals that are typically found in pesticides,
herbicides, and similar man-made products. Since SOCs are not very volatile, these contaminants are usually introduced when debris such as dust and leaves are allowed to enter the system. However, SOC contamination can also be introduced if you install your rainwater collection and storage system in an area where aerial herbicide or pesticide application occurs. Regardless of how the chemical reaches the rainwater system, SOC contamination is usually the result of environmental exposure rather than poor construction practices.
Minerals
Minerals are inorganic materials found naturally in the environment. Most minerals are
inorganic salts (such as calcium carbonate, sodium bicarbonate, magnesium sulfate, and sodium chloride) that affect the flavor of the water but generally do not pose an actual health threat. The most significant exception to this general rule of thumb is asbestos, which is a family of fibrous silica salts used to manufacture a variety of products. Under certain conditions, some of these products can release a form of asbestos that can pose a long-term health threat if ingested or inhaled. Minerals, especially calcium and magnesium salts, are what gives water its hardness. Rainwater contains virtually no minerals before it is harvested and so it is a very soft water. It is also slightly acidic, with a pH around 5.6, due to the carbon, nitrogen, and sulfur dioxides it absorbs from the atmosphere. Because it takes time for rainwater to absorb minerals, most of the minerals present in harvested rainwater will have been leached from materials used to construct the system rather than from environmental sources.
Metals
Metals include lead, arsenic, copper, iron, and manganese. Some metals, such as lead and arsenic, can pose a long-term health threat if they are present in high enough concentrations. Other metals, such as iron and manganese, can affect the appearance and taste of the water but pose no health threat. It takes time for metal to dissolve in rainwater. Therefore, this type of contaminant is usually present only after metallic materials such as lead solder, iron and copper pipe, and brass fittings have been exposed to rainwater for several hours or longer.
Microbiological Contaminants
Rainwater seldom contains any type of microbiological contaminant until it is harvested and stored. The water in a raindrop is extremely pure, but it is virtually impossible to maintain that level of purity during the collection, treatment, and distribution processes. Rainwater can be contaminated by two major categories of microbiological agents: those that cause disease and those that do not. Microbiological contaminants that can cause a disease or infection are called pathogenic, while those that do not are called nonpathogenic. Nonpathogenic organisms can be present in high numbers regardless of where your home is located.
These nonpathogenic microbes include many kinds of protozoa, algae, bacteria, and viruses.
Although they do not cause illness, nonpathogens often reduce the aesthetic quality of the water and can interfere with the operation of the rainwater harvesting and treatment facilities, increasing
COMMISSION ON ENVIRONMENTAL QUAL ITY
Harvesting, Storing, and Treating Rainwater for Domestic Use
operational and maintenance requirements. For example, high concentrations of algae can make the water slimy, plugging the filters used to treat the water, or fungi and bacteria can colonize in the water lines in your home. Pathogenic organisms are not normally found in rainwater. However, they can be present if the
rainwater collection or storage facilities have been contaminated by fecal material such as animal or bird droppings. Pathogenic microbes pose a greater health threat to rainwater users than most chemical contaminants, for a number of reasons, including:
• Pathogens can cause disease after a single exposure, while most chemical contaminants may
require months or even years of exposure before causing a health effect.
• Pathogens do not affect the taste, smell, or appearance of the water. Many chemical
contaminants, on the other hand, make the water taste, smell, or look different, especially if the chemicals are present at levels that would pose a short-term risk.
• Pathogen levels can rise very quickly, while chemical levels tend to remain fairly constant.
Consequently, it is relatively easy (though somewhat costly) to periodically test for chemical
contaminants, while it is both difficult and costly to continuously test for most pathogens.
• A disease caused by pathogens can usually be passed from person to person, while the health
effects caused by chemicals affect only those that actually consume the contaminated water.
• Waterborne illnesses caused by pathogens can be a serious health risk for the elderly, infants, chemotherapy patients, and other individuals with a delicate or weakened immune system. Pathogenic microbiological contaminants include certain types of protozoan parasites, bacteria, and viruses. The infectivity rates (the number of microbes required to cause a disease) and the virulence (the severity of the disease) vary, depending on the type of pathogen present and the immune system of the person that is exposed. Some pathogens can cause an illness if a person with a weakened immune system is exposed to just a few organisms. Some of the pathogens that can be introduced through improperly designed and operated rainwater systems are shown in Table 1.1. Using Ceramic High Efficiency Filters can remove 99.99% of pathogenic debris from water sources for usable potable water.  Setting up a primary storage tank for collection and transferring water via gravity or pumping station to a potable storage tank is the preferred method of insuring water is clean, free from pathogens.