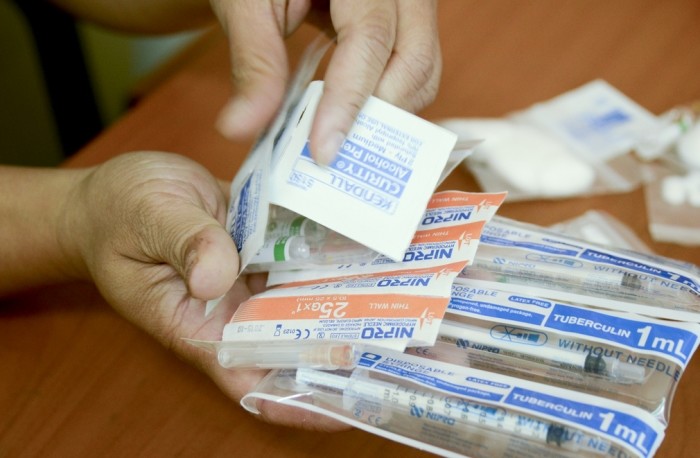 In 2017, several states have experienced acute outbreaks of Hepatitis A, namely Michigan, Kentucky, Utah, Colorado, and California. Each state varies in regards to outbreak onset and population affected, but one similarity has emerged among these states where those experiencing homeless and people who inject drugs (PWID) have been the largely affected population.

Hepatitis A is an infection caused by the Hepatitis A virus, and is typically transmitted through the fecal-oral route or consuming contaminated food or water [1]. Symptoms of the infection include fatigue, lack of appetite, nausea, diarrhea and jaundice; symptoms can last up to two months after the initial infection. Hepatitis A is a vaccine-preventable disease. These outbreaks have been severe, with over 80% of cases requiring hospitalization [2]. The specific strain of Hepatitis A virus (genotype IB) is not commonly seen in the U.S., but is rather common in the Mediterranean, Turkey and South Africa [10]. The initial source of the outbreaks among these states is unknown, but several states have linked cases serologically.

PWID are at increased risk of contracting hepatitis (A, B, or C), as it can be spread percutaneously [12]. Thus, it is impossible to ignore the role that the current opioid epidemic has played in the rise in Hepatitis A cases among PWID. In addition, those experiencing homelessness often have less access to clean toilets and handwashing facilities, and can be hard to reach when attempting to vaccinate [10], increasing likelihood of transmission.

Michigan began to see an unexpected number of Hepatitis A cases since August of 2016, and the outbreak has continued to present day. Almost 600 cases have been recorded, including 20 deaths [2]. This outbreak is nearly 10 times the amount of cases typically seen over this time period. No link to common sources of food or beverages has been found between cases, but a pattern has emerged where homeless people and PWID are at greatest risk for infection [3].

As of late November, 31 cases of Hepatitis A have been reported in Kentucky, a 50% increase from the average annual number of cases seen in the past decade [4]. No deaths have occurred due to this outbreak. 19 of the 31 cases have come from Jefferson County, which contains the city Louisville, and have also shown a pattern of homelessness and IV drug use among cases [4].

The outbreak in Colorado has reached double the number of expected cases in 2017 [6], with a total reported case count of 62 [7], and one death [8]. Fifteen counties in total have been affected, with the greatest number of cases coming from the Denver and El Paso counties. Many of the Colorado cases have occurred among men who have sex with men (MSM) and homeless individuals, and two cases have been linked to the outbreak in California [9].

San Diego, Santa Cruz, and Los Angeles counties have reported an outbreak of Hepatitis A within California. Within these three counties, there has been a total of 672 cases reported, 430 hospitalizations (64.0% hospitalization rate), and 21 deaths [10]. The California Department of Public Health reported that the majority of patients in this outbreak are experiencingare homeless ness or IV drug users. The outbreak in California is the largest Hepatitis A outbreak in the U.S. since the introduction of the vaccine in 1996 [10].

The Hepatitis A virus infection is easily preventable through vaccination, however,though many adults remain unvaccinated as the vaccine was introduced in 1996. As of 2016, the reported rate of hepatitis A vaccination among adults aged 19 or greater was just 9.0% [14].  It is possible for the vaccine to be effective after exposure to the virus, if administered within 2 weeks of the exposure [1]. Due to the current outbreak, there has been a large increase in demand for the vaccine in order to prevent further transmission. However, this has caused a shortage of the Hepatitis A vaccine, leaving it difficult for public health departments to combat the outbreak effectively [11]. The Centers for Disease Control and Prevention are supporting efforts to increase vaccine supply and vaccine policy development [13]. Education campaigns regarding proper sanitation, Iin addition to vaccination, education campaigns regarding proper sanitation are being used to put an end to the outbreak that is now affecting several U.S. states.